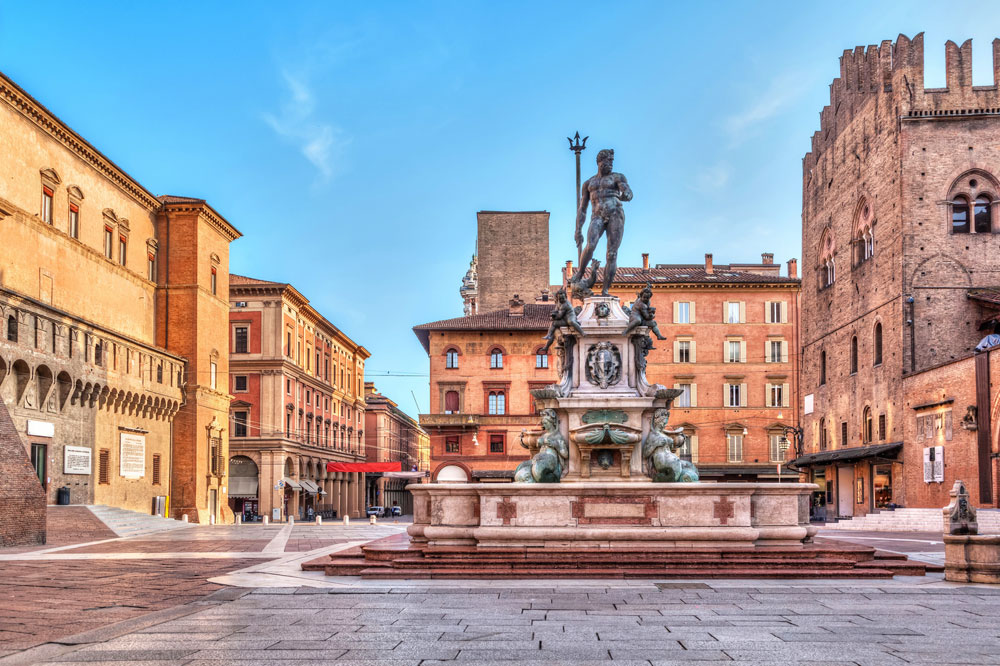 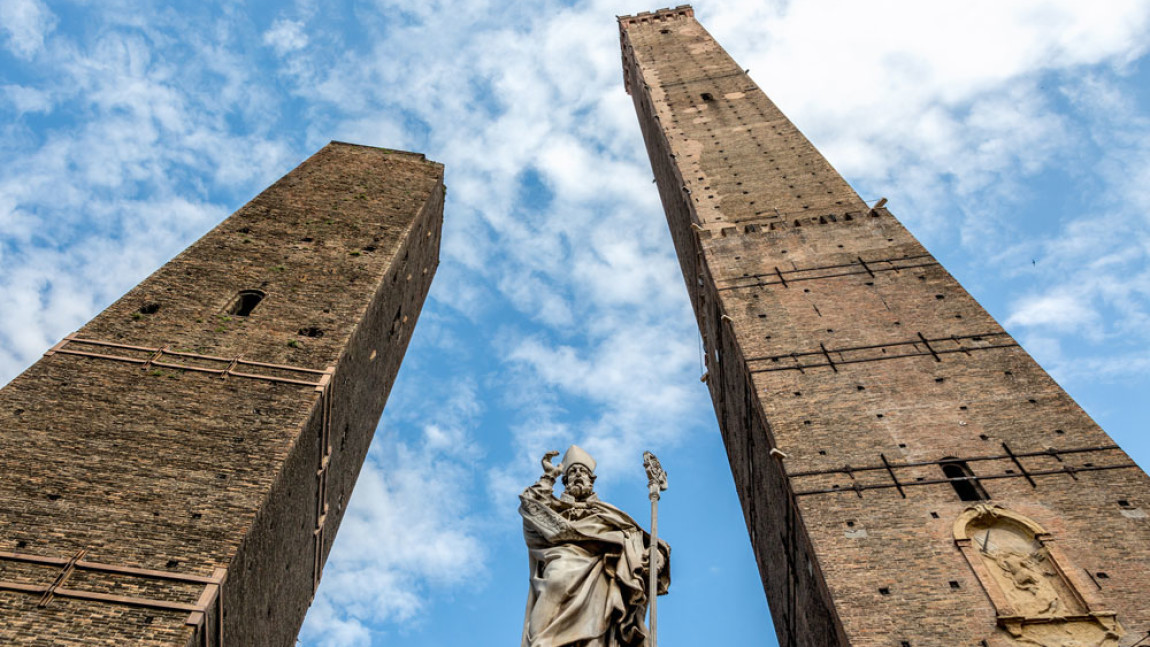 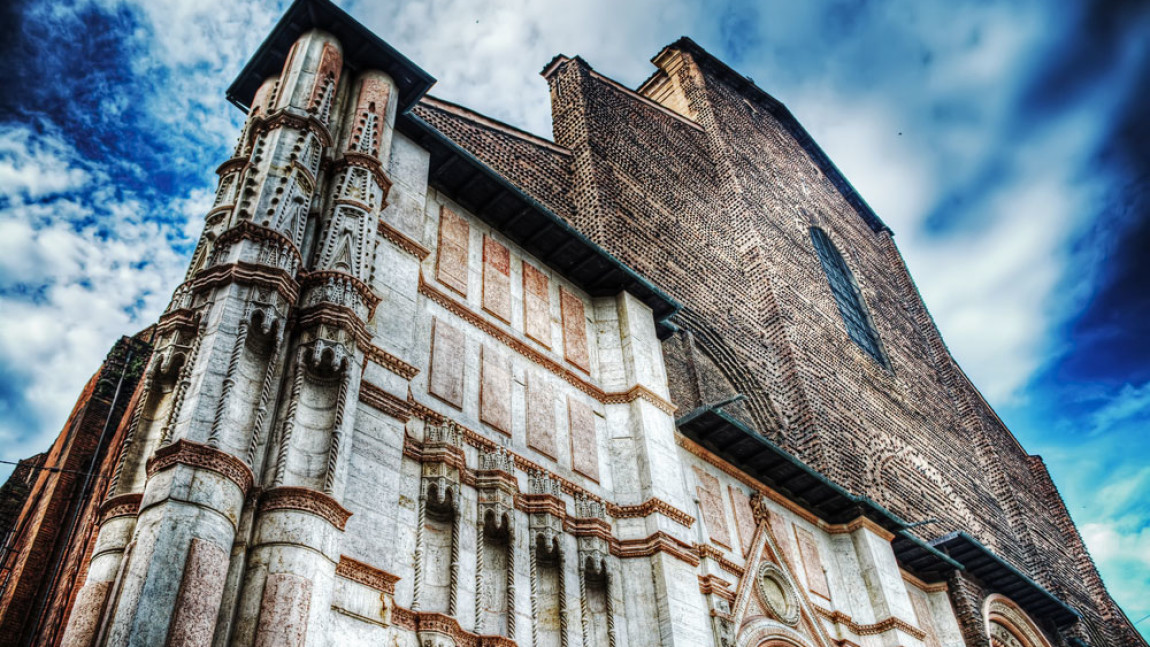 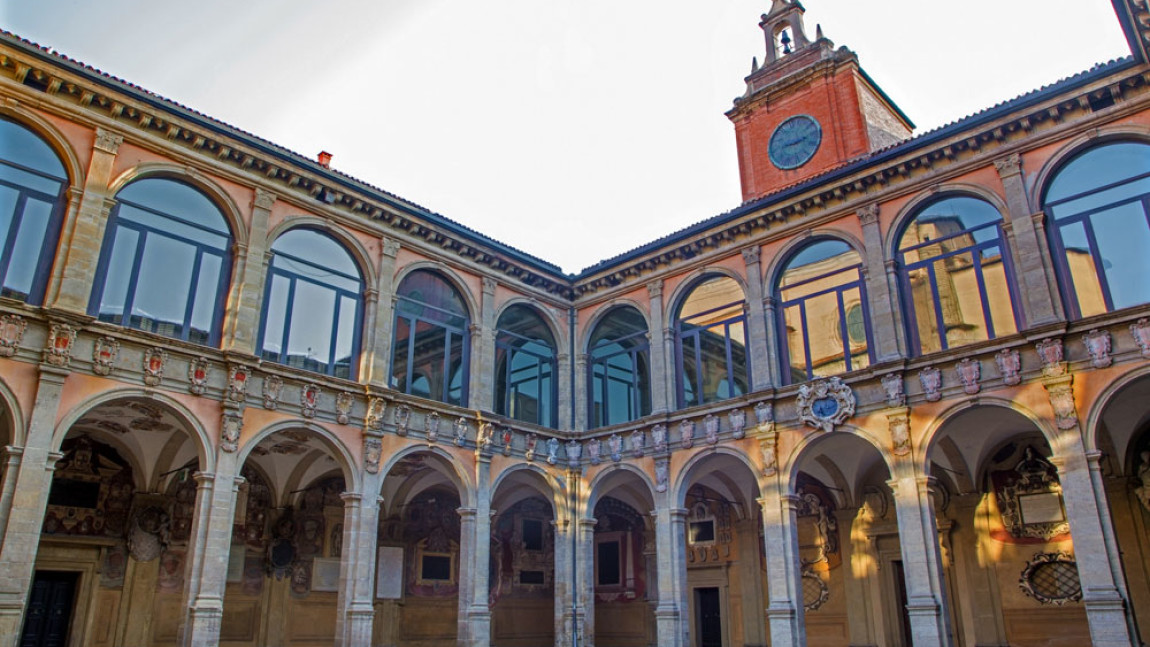 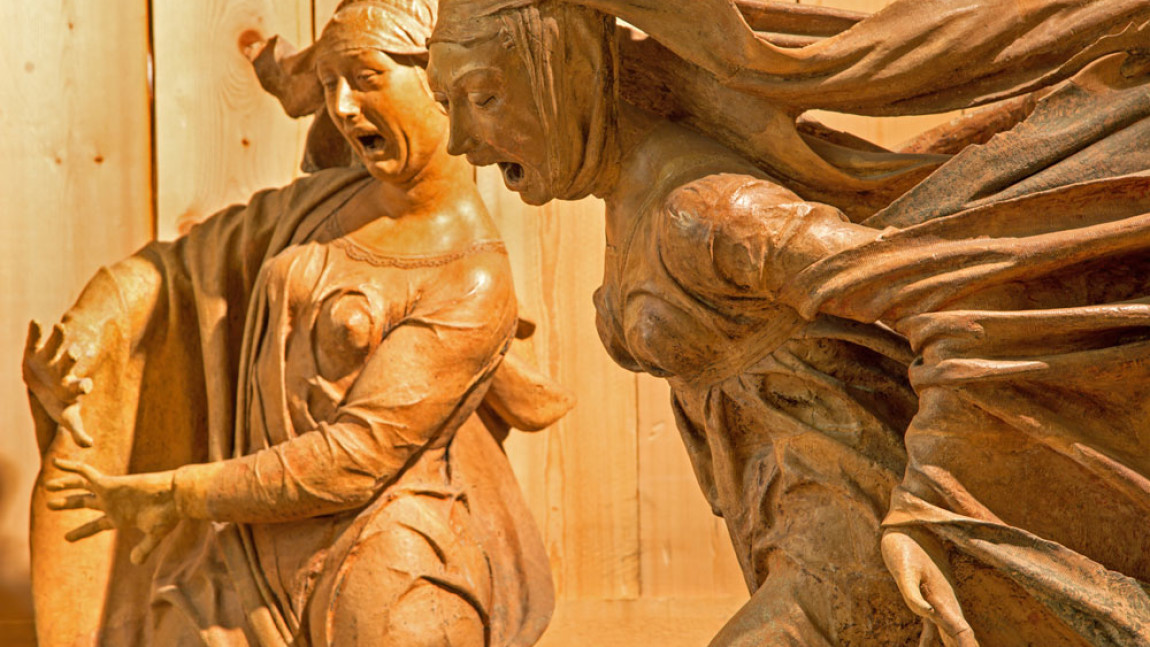 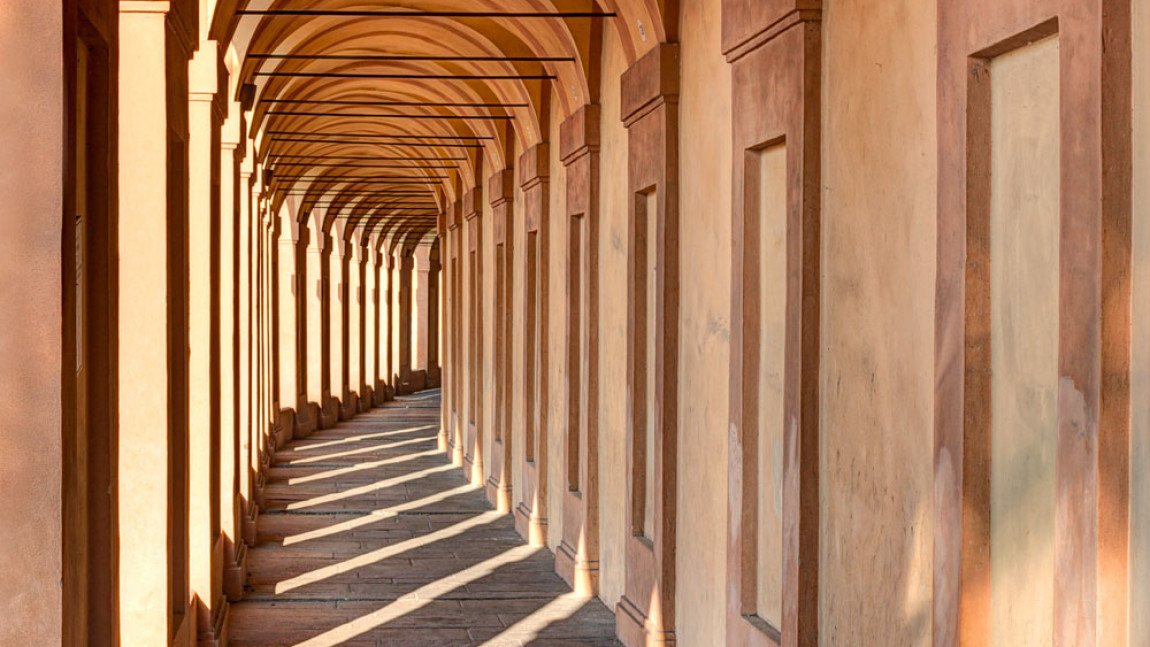 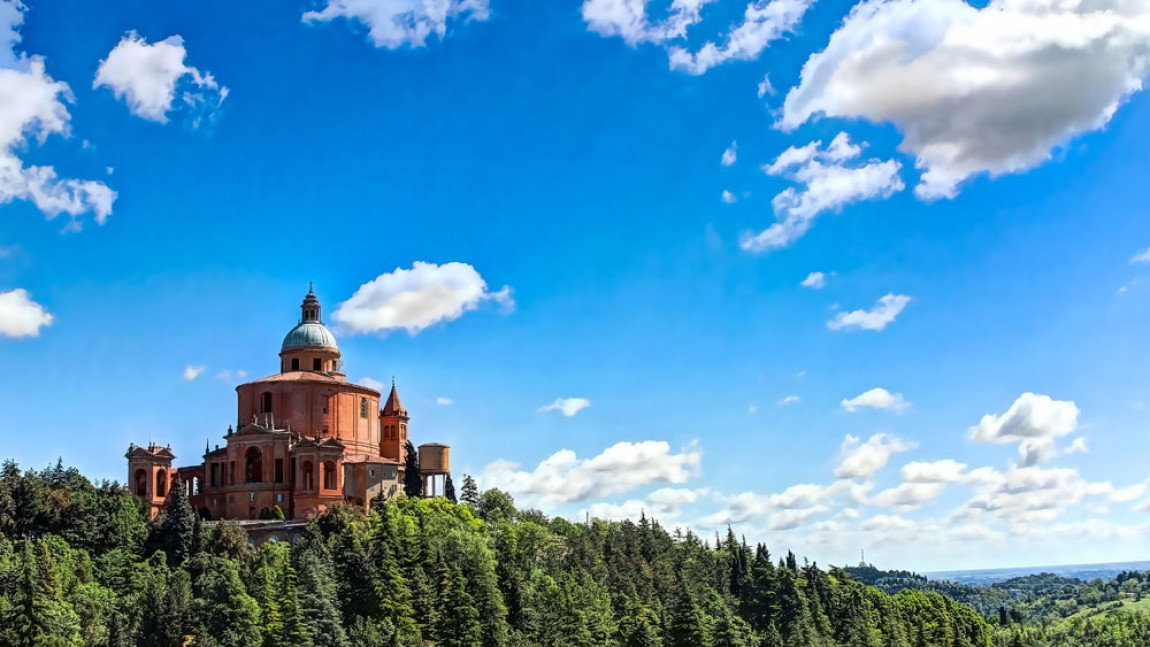 A visit to Bologna is an opportunity to discover the capital of Emilia Romagna famous for its medieval old town, among the best preserved in Europe.

Bologna is a city still capable of surprising the visitors, rich in art, history and authentic places not distorted by mass tourism.

The towers of Bologna and its 40 kilometers of arcades that began to be built in the late Middle Ages, when the city came to rival even Paris in urban development, allow to walk comfortably through the streets of downtown and find a shelter in all seasons today as in the past.

This beautiful city also boasts an enviable record: the University of Bologna is the oldest in Europe, founded in the late 11th century, and the historical sites of the Bolognese Studio are a surprising concentration of history, science and art.

In one day you can experience the city life and understand some of the salient aspects of this magnificent city, also known worldwide for its gastronomy.

Bologna is “the learned”, “the fat”, but also “the Felsina pittrice” (from Cesare Malvasia’s Felsina pittrice: the lives of bolognese painters, published in 1678). The Bolognese artistic school boasts great names, from the 14th century painters Vitale and Jacopino to the great school of the Carracci, Guido Reni, Guercino, the theatrical excellence of the Bibiena’s Brothers and Giorgio Morandi. The city also preserves works by Raphael, Parmigianino, Nicola Pisano, Nicola dell’Arca, Jacopo della Quercia, Michelangelo and Giambologna.

A few steps from here the Ex Sala Borsa allows us to admire the archaeological area of Bologna and to trace the early history of the city. Anecdotes and legends will liven up the sight of the King Enzo’s Palace and of the Neptune Fountain, a wonderful baroque composition.

The unfinished facade of the Basilica of San Petronio, dedicated to the patron saint of Bologna, tells of an overly ambitious project and bears witness to the pride and the desire for independence of the city. The masterpieces which are still preserved inside show the prestige that the Church enjoyed in the past: we meet works by Parmigianino, Giovanni da Modena, Lorenzo Costa, Aspertini and the magnificent sundial traced by Domenico Cassini (1655), considered one of the most interesting highlights of the city by the travelers of the Grand Tour.

We continue to reach the Archiginnasio, the world’s oldest University founded in 1088, decorated with thousands of coats of arms of ancient students and professors from all over the world. In the old University of Bologna there is a stunning 17th century Anatomical Theatre carved from spruce with its imposing marble table still in position before the teacher’s chair. The Anatomical Theatre was started in 1636 and completed in 1737 and, although damaged during World War II, still appears much as it did when candlelit for dissections of humans and animals alike.

A stroll through the animated alleys of the medieval market, among the historic shops with their cascades of mortadella, tortellini, lasagna and cured meats, fruits and multicoloured vegetables, leads us to the Palace of Merchandise, flanked by the 13th century homes with wooden porches and the famous Two Towers, Asinelli and Garisenda, planted crooked in Ravegnana Square, the symbol of Bologna. Both date back to the Middle Ages, but it is mainly the Asinelli tower with its 97.20 meters of hight which surprises, today as in the past.

The tour ends with a visit to the complex of Santo Stefano, which the Bolognese call “the seven churches”, which is the religious heart of medieval Bologna.

Having more time available, it will be possible to reach Via Zamboni, the centre of power of the Bentivoglio family during the 15th century and seat of the University district since the 19th century, to visit the Bentivoglio chapel in the Church of St. James and the Oratory of St. Cecilia, painted by the greatest painters of the Bolognese Renaissance, and retrace the history of the ancient Jewish community of Bologna with a stroll through the narrow streets of the Ghetto.

Alternatively it will be possible to visit the Church of St. Dominic, which preserves the precious Ark containing the body of the saint, who died in Bologna in 1221, a masterpiece to which concurred artists the likes of Nicola Pisano, Niccolò Dell’Arca and Michelangelo. Going back towards Piazza Maggiore it will be possible to visit the complex of Santa Maria della Vita, with the Lamentation by Niccolò Dell’Arca.

A further possibility is the visit to the Sanctuary of San Luca, or the Church of San Michele in Bosco, or even one of the city’s museums, such as the Medieval Museum or the National Gallery.