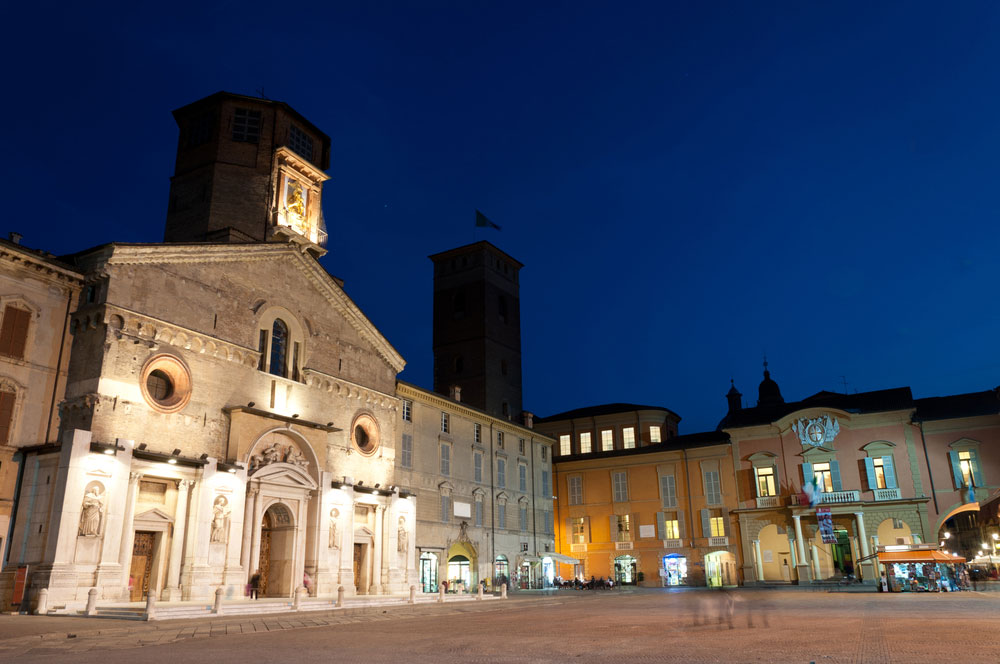 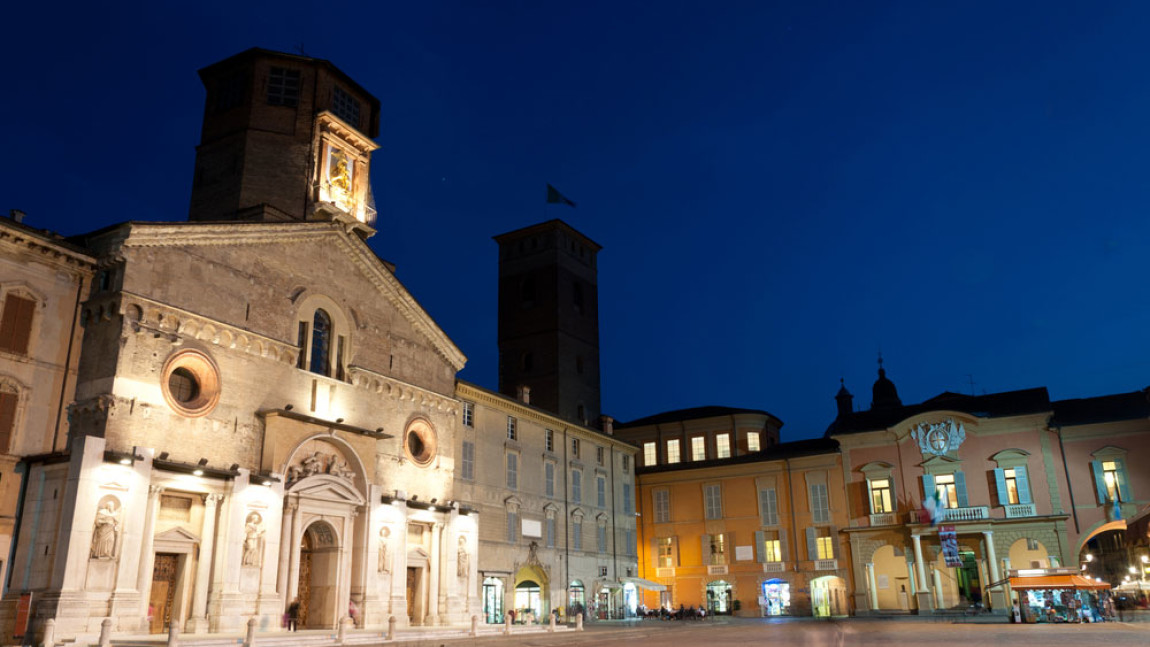 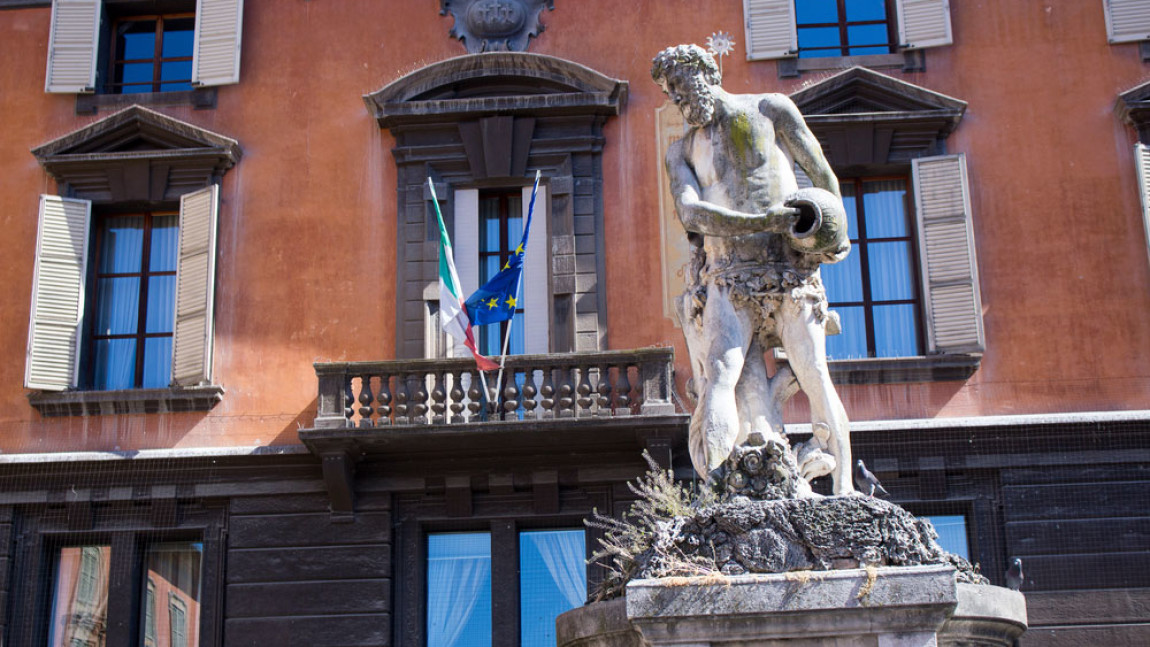 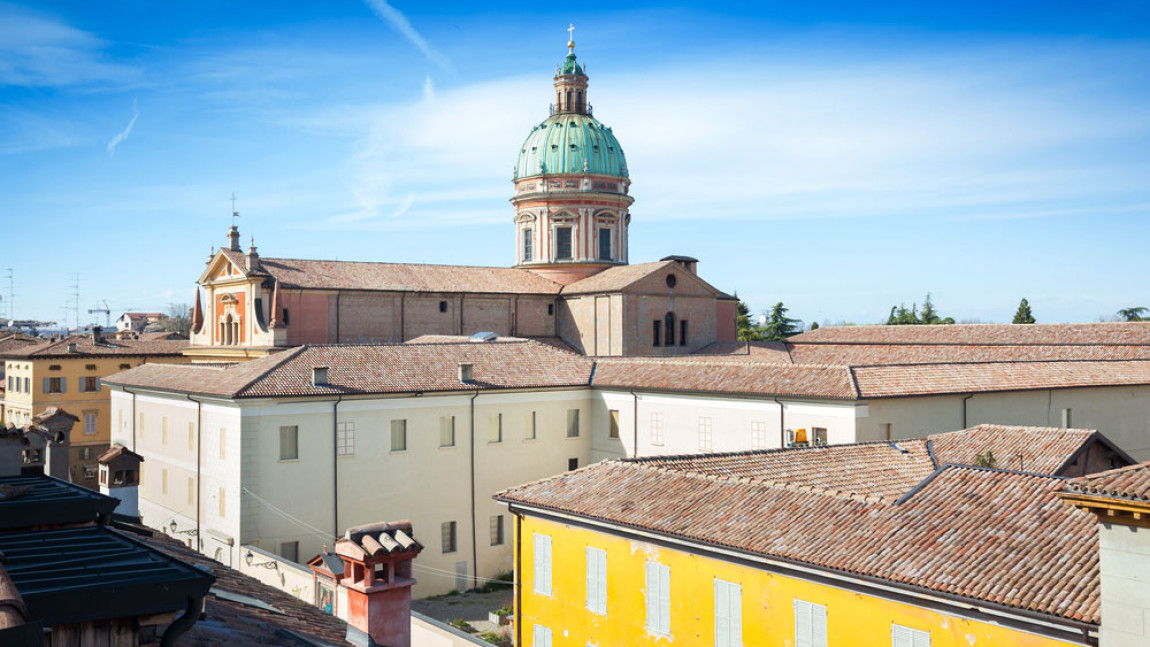 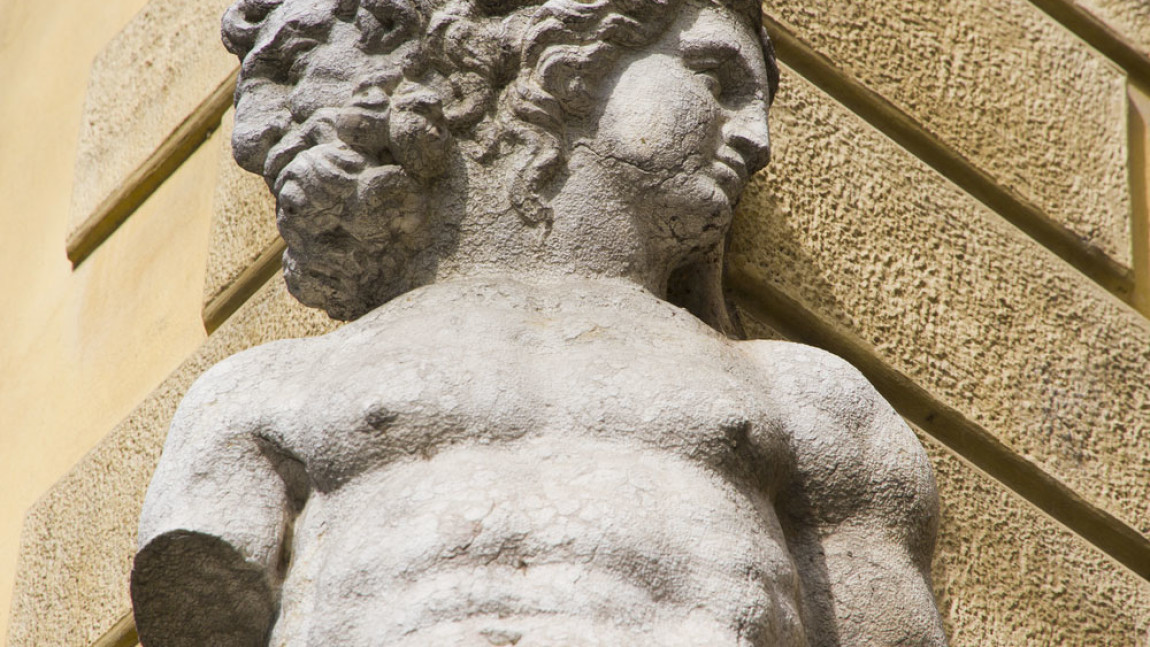 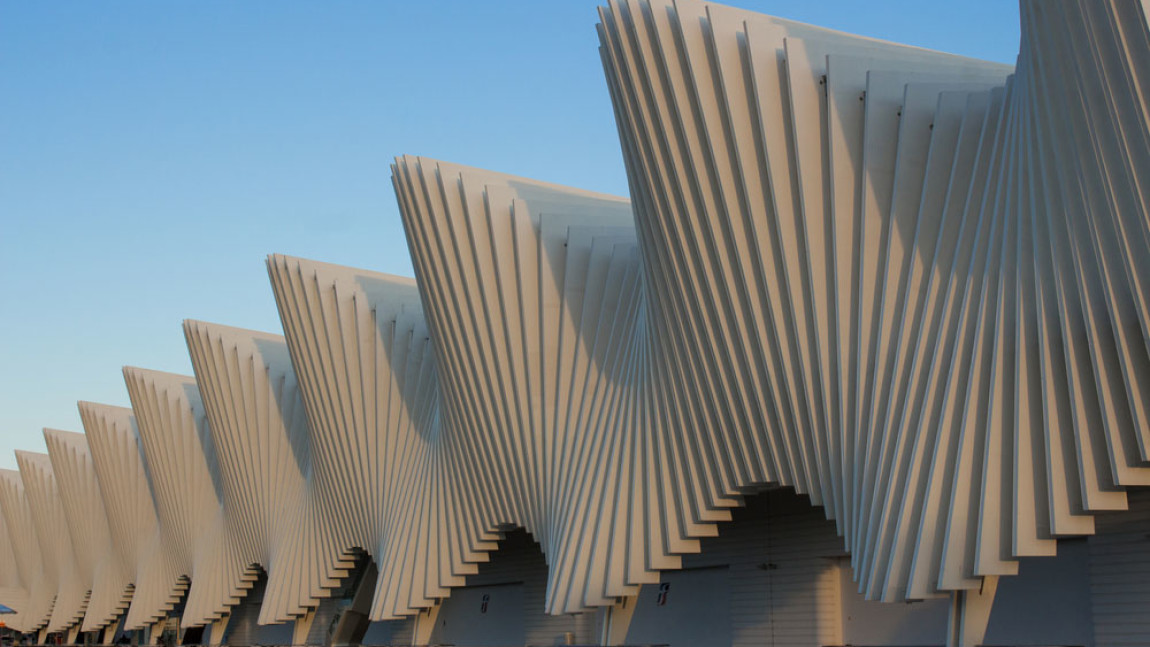 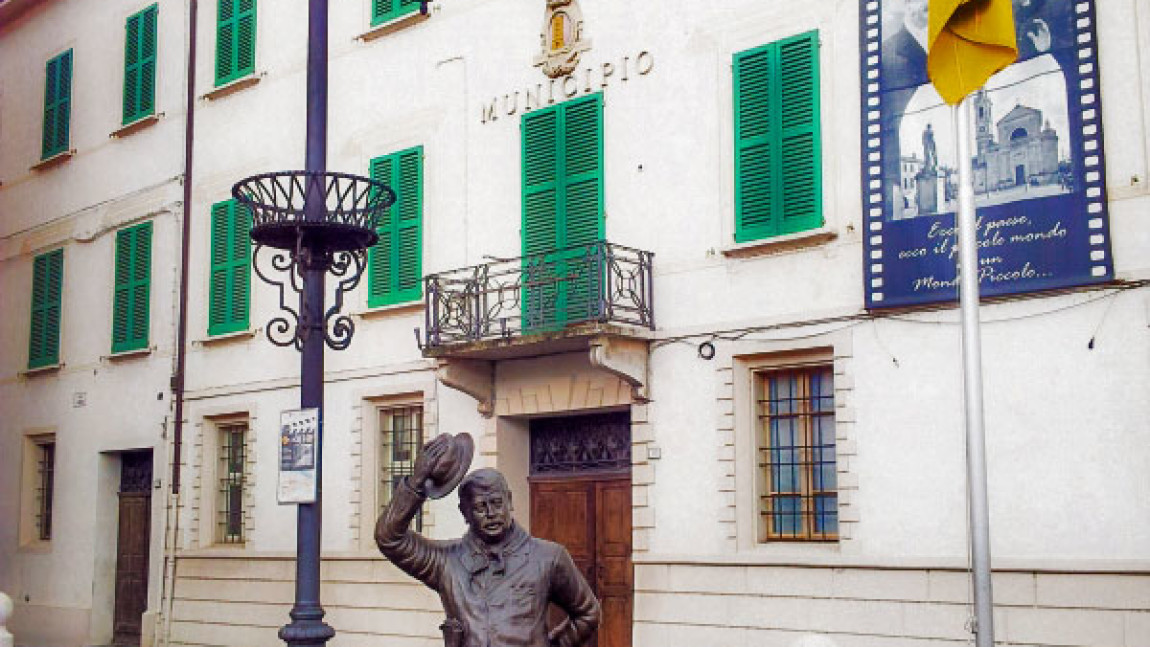 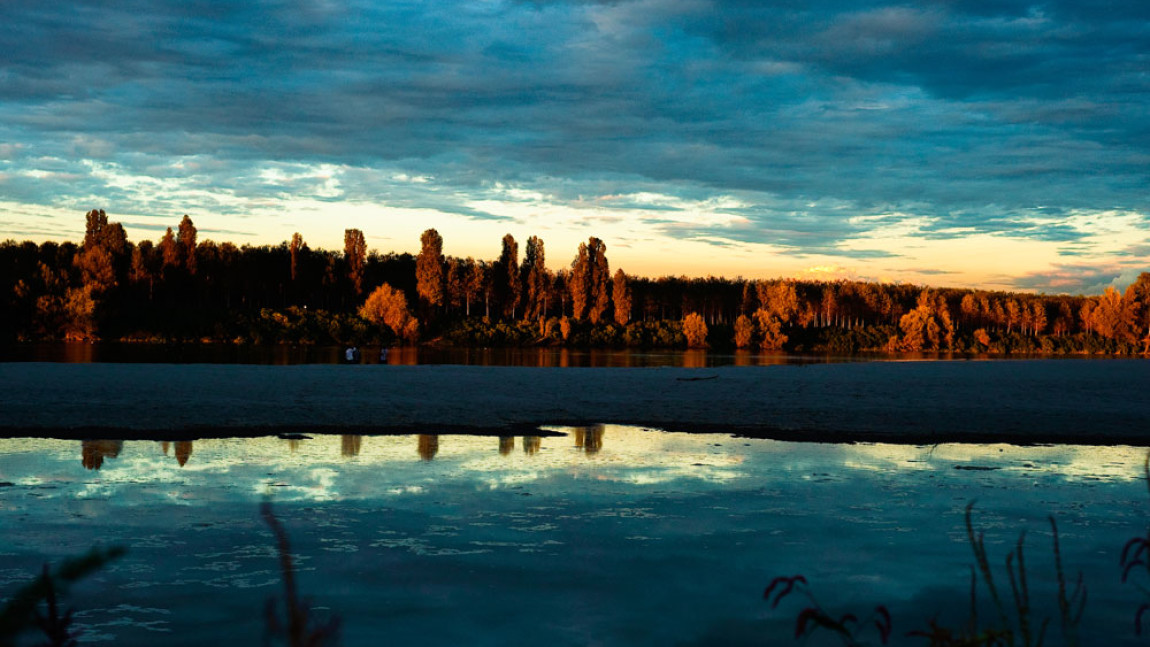 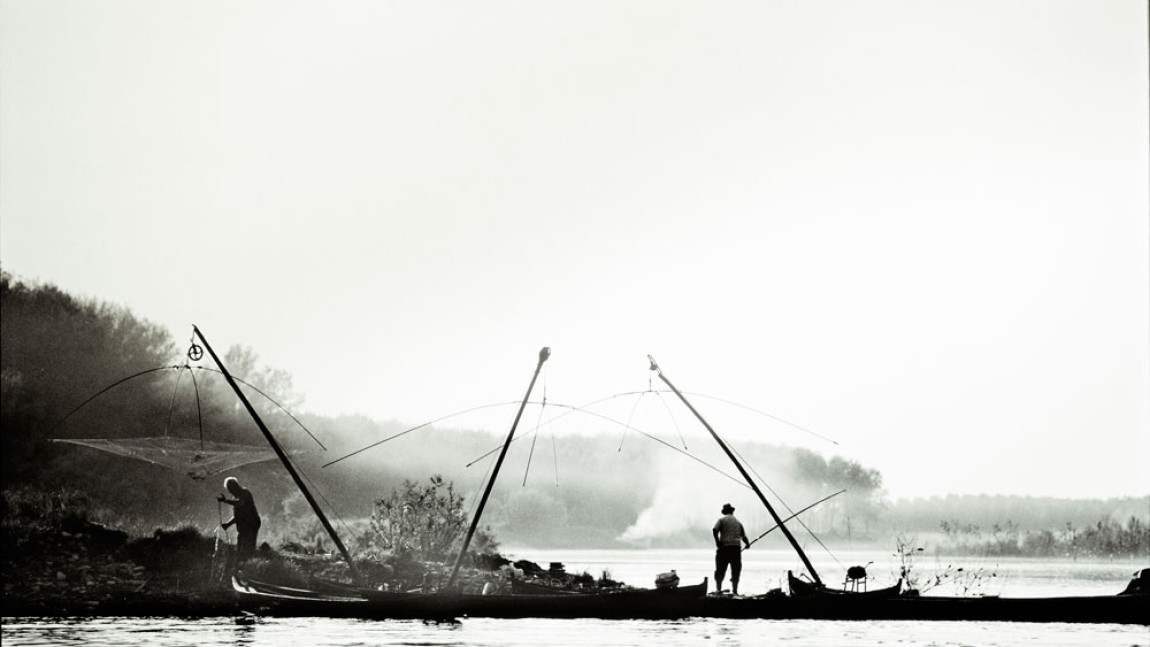 Nicknamed the “Tricolour” town because the banner which later became the national flag was adopted there in 1797, Reggio Emilia has an ancient history.

Reggio Emilia, known today for its gastronomy, for the quality of life and for the “most beautiful nursery schools in the world”, is also a city of art. The baroque Basilica della Ghiara and the famous Municipal Theatre are symbols of the town. The contemporary world may be admired in the bridges built by the architect Santiago Calatrava, the Spazio Gerra, with its contemporary art installations, in the amazing permanent private collection Maramotti and Palazzo Magnani, the main town centre for temporary exhibitions.

The itinerary winds through the historic centre of Reggio Emilia, starting from Corso Garibaldi, corresponding to the old bed of the Crostolo stream, which lapped the south eastern boundary of the town and flowed through the neighbourhoods until the 13th century.

Here we find the Sanctuary of the Blessed Virgin of the Ghiara, started in 1597 to house a miraculous fresco of the Virgin adoring the Child. The Church represents the best of Emilian artistic production of the time, keeping works by Alessandro Tiarini, Orazio Talami, Luca Ferrari, Lionello Spada and Guercino.

With a leisurely stroll we reach Piazza Grande, nowadays called Piazza Prampolini, to visit the Cathedral with sculptures by Bartolomeo Spani and Prospero Sogari, the Baptistery and the Town Hall, which houses the famous Sala del Tricolore now used as the Municipal Council Hall.

Crossing the Broletto, we reach the San Prospero’ s Church, one the oldest of Reggio Emilia, dedicated to the patron saint of the town, which preserves a wonderful cycle of frescoes painted by Camillo Procaccini in the last decades of the 17th century and wooden stalls by Cristoforo and Lorenzo da Lendinara.

The Palace called Palazzo del Boiardo, an early 20th century remake of the original 16th century building attributed to Bartolomeo Spani, is not far away.

Walking a stretch on the ancient Via Aemilia, we reach the Theatres Square, characterized by the magnificent Teatro Municipale, named after Romolo Valli, the Teatro Ariosto and the Teatro Cesare Zavattini, also known as the Teatro Cavallerizza.

With more time available, it will be possible to visit the Civic Museums, situated in the former convent of San Francesco, which gather the municipal collections of Natural History, Archeology, Ethnography and Art organized inside antique wooden furniture according to 19th century criteria.

A few steps away there is the Galleria Parmeggiani, unusual museum placed in a neo-medieval style Palace, presenting the Art collections of the Spanish painter and collector Ignacio Leon Escosura brought to Italy by Parmeggiani, rare example of a 19th century collection that includes original works and great quality imitations.

Alternatively, in the afternoon it is possible to reach the hills to visit some of the castles that once belonged to Countess Matilde, such as the Castle of Canossa. She ruled a powerful state, that extended from Mantua almost to Rome between the 11th and 12th  centuries, defended by a system of fortified castles and towers, mostly in ruins today, but which retain traces of that glorious past.

Going towards the Po river, we meet Boretto, Guastalla and Brescello, with their charme and special atmosphere, made famous by the movie screen, where you can board for a trip on the Po river or visit the Museum of Don Camillo and Peppone.

Correggio, which is situated to the north of Reggio Emilia, with the splendid Palazzo dei Principi, home to a small prestigious Renaissance court, and Novellara, old medieval fortress and later mansion under the Gonzagas, are worth visiting, as well as Scandiano, to the south, with the evocative Rocca dei Boiardo, where Petrarca, Calvino and Pope Paul III lodged.