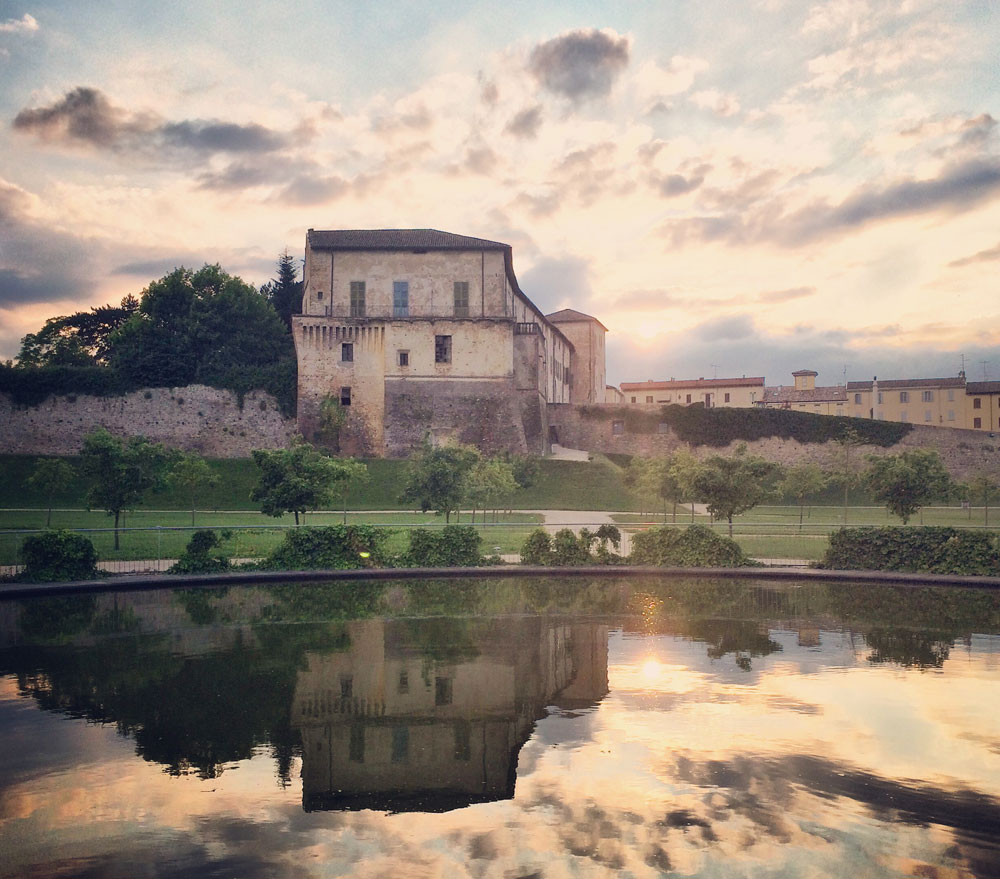 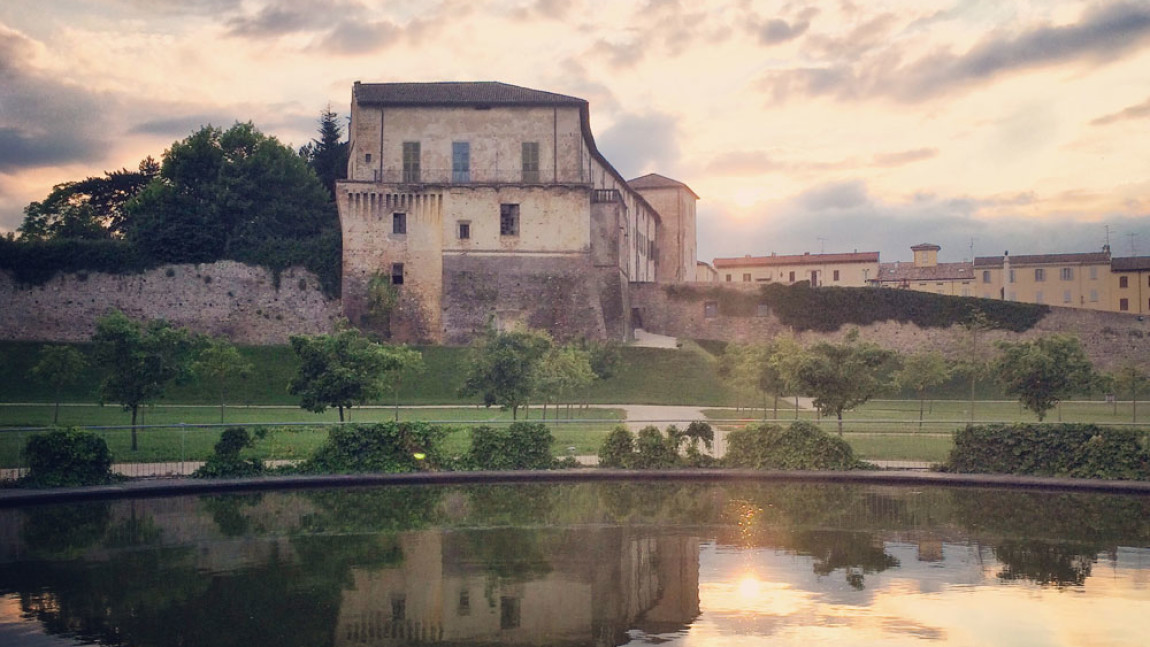 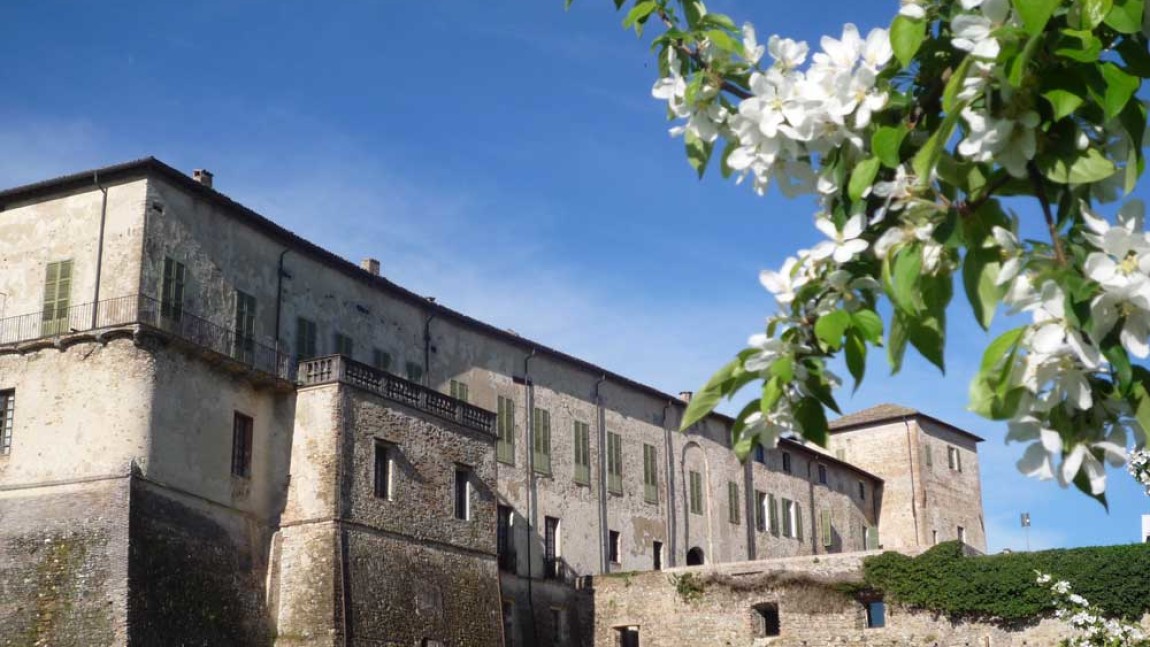 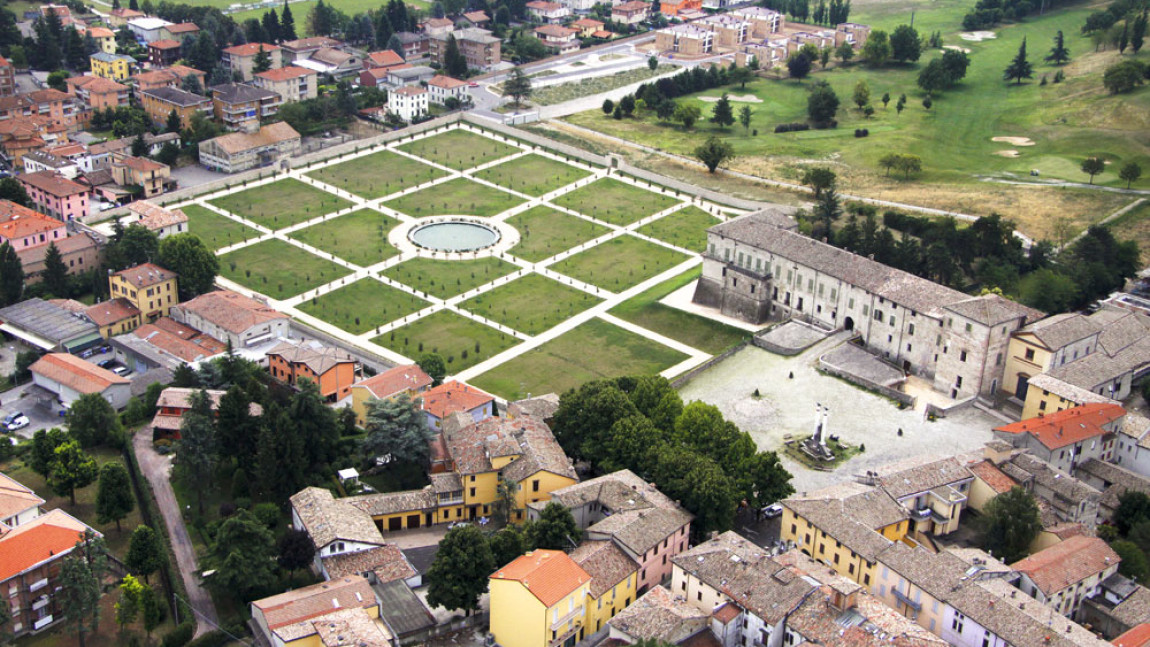 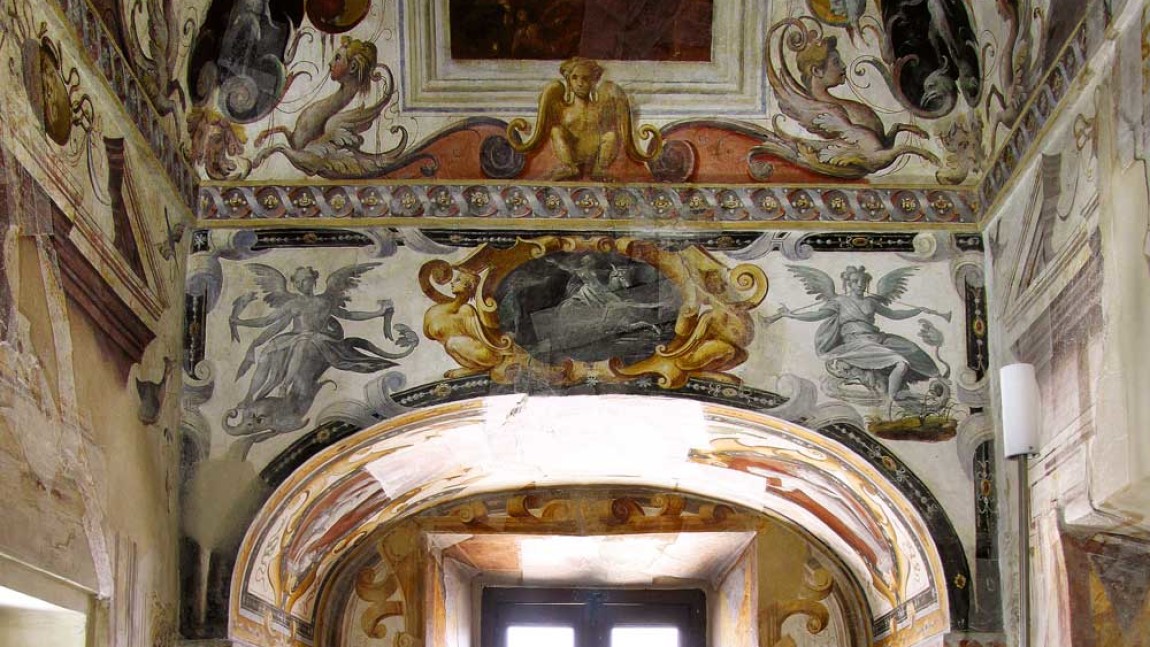 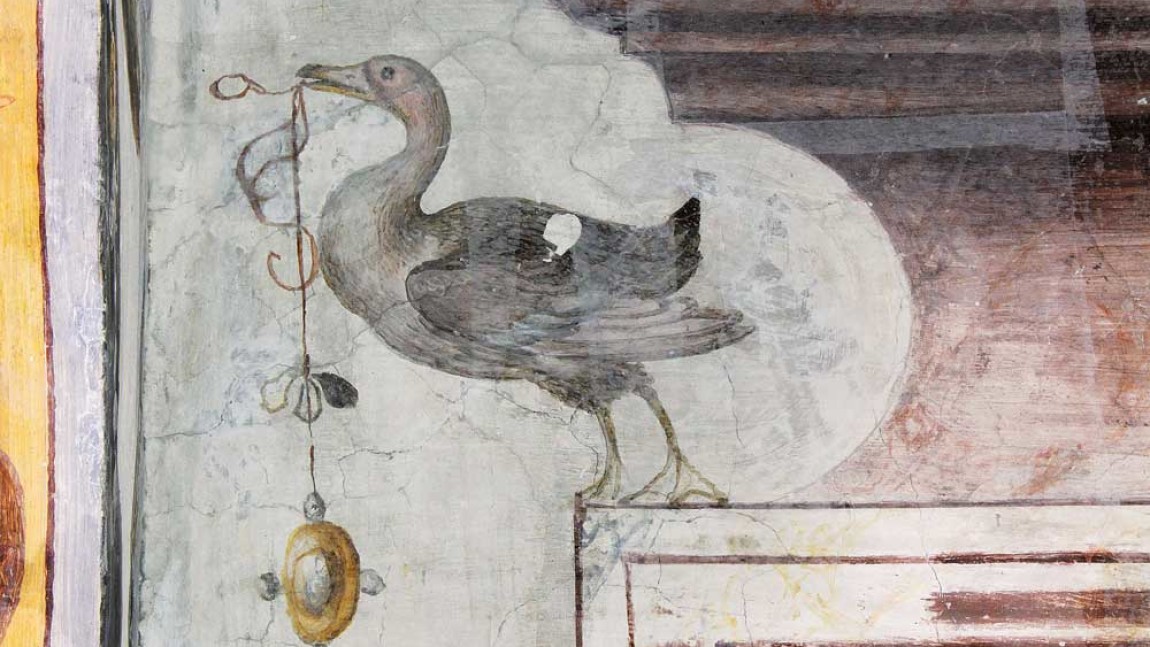 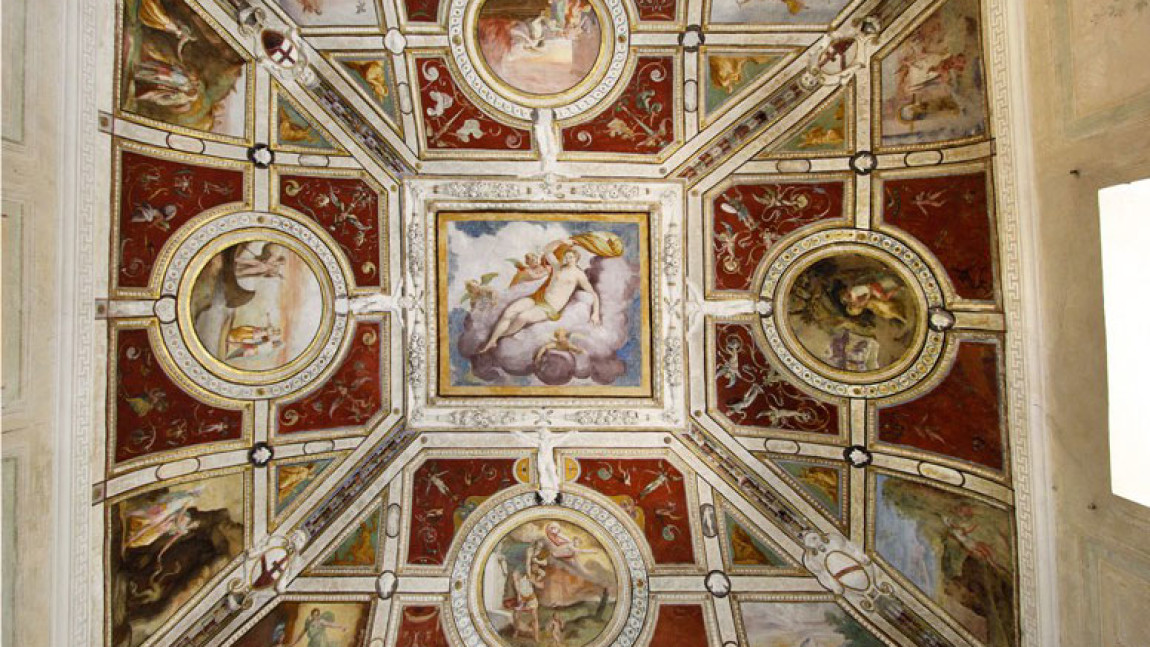 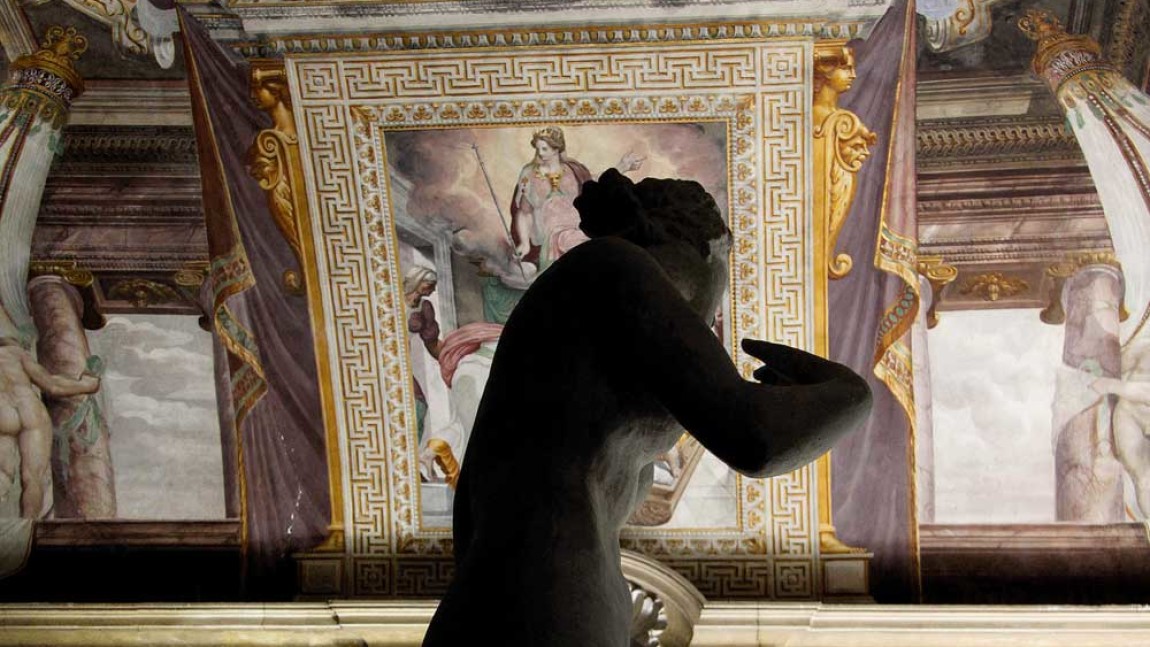 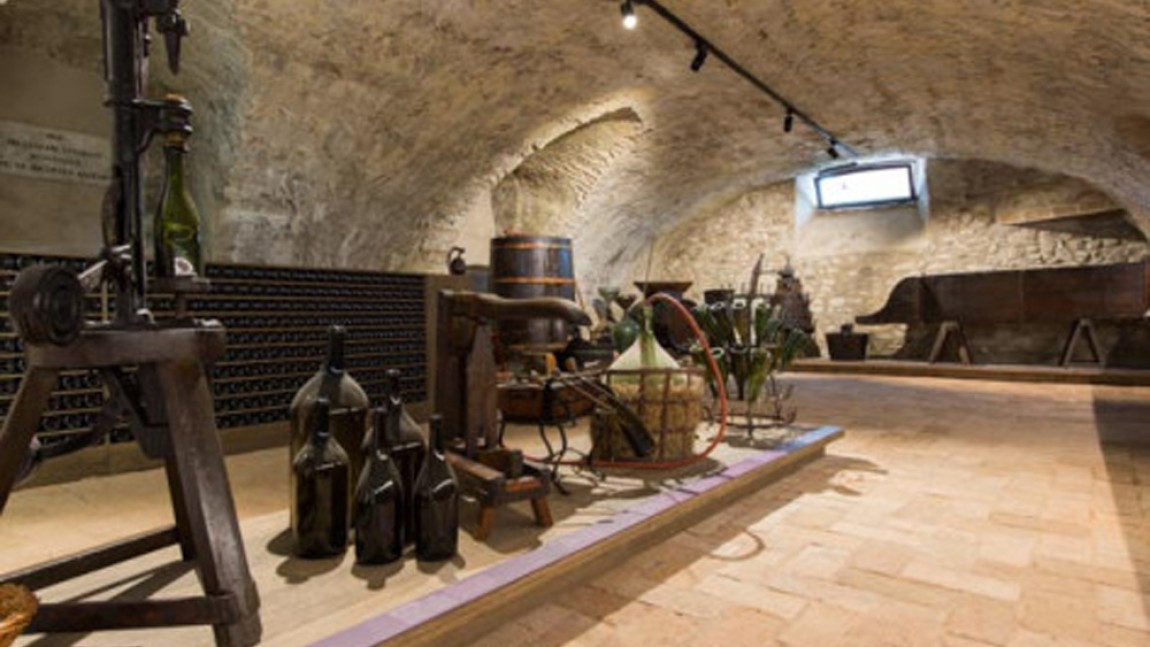 Old military outpost of primary importance in the defensive system of the Parma castles, the fortress of Sala Baganza belonged to the Sanvitale family from the Thirteenth Century to the early Seventeenth Century, when it passed to the Farnese family, and from 1676 it served also as holiday resort for guests of the College of Nobles.
The only extant part of the old fortress, built by Gilberto III Sanvitale around 1477, is the front side, even though the upper part was restored during the Eighteenth Century. The rooms of the fortress are characterized by grand cycles of Mannerist frescoes. The Hercules Hall and the Cabinet of the Caesars, painted by Orazio Samacchini, and the wonderful landscapes and grotesques frescoed by Cesare Baglione are worth noting.
The Eighteenth Century part of the castle, now a private property, located on the east side of the noble floor, was painted during the early twenties of the Eighteenth Century by Sebastiano Galeotti. The exquisite series of 13 frescoed ceilings, characterized by a vivid palette and by elaborate allegorical subjects drawn from the iconological manual by Cesare Ripa, is a remarkable example of the nascent Rococò in the Parma area.
In the charming wine cellars it is possible to visit the Wine Museum, a sensory exhibition dedicated to the Parma wine history and culture.