The Castle of Torrechiara 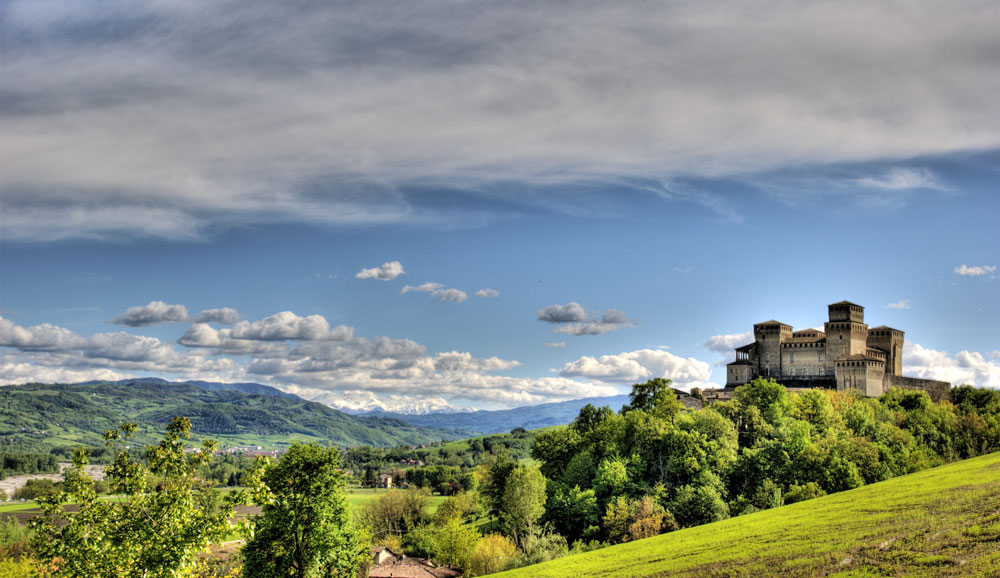 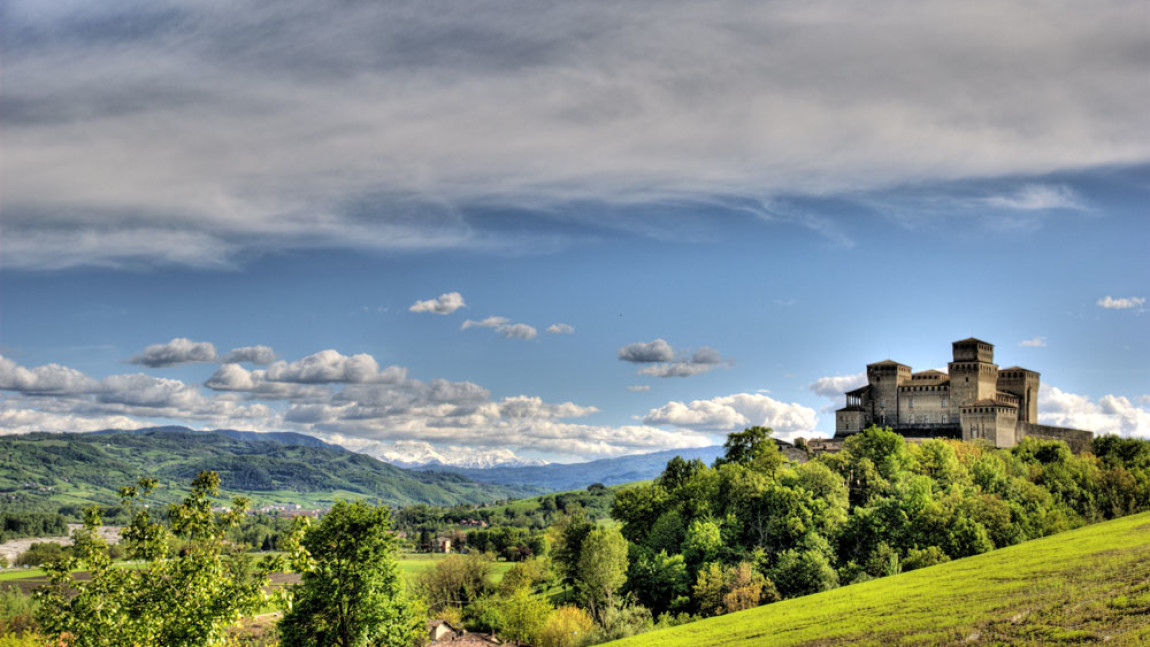 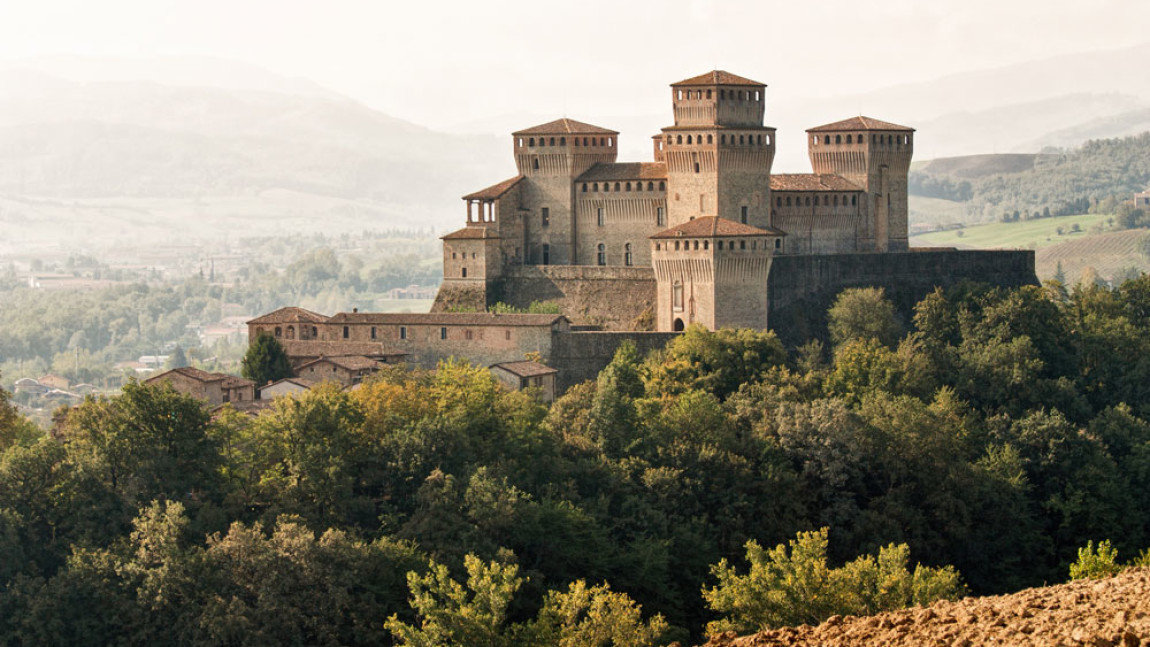 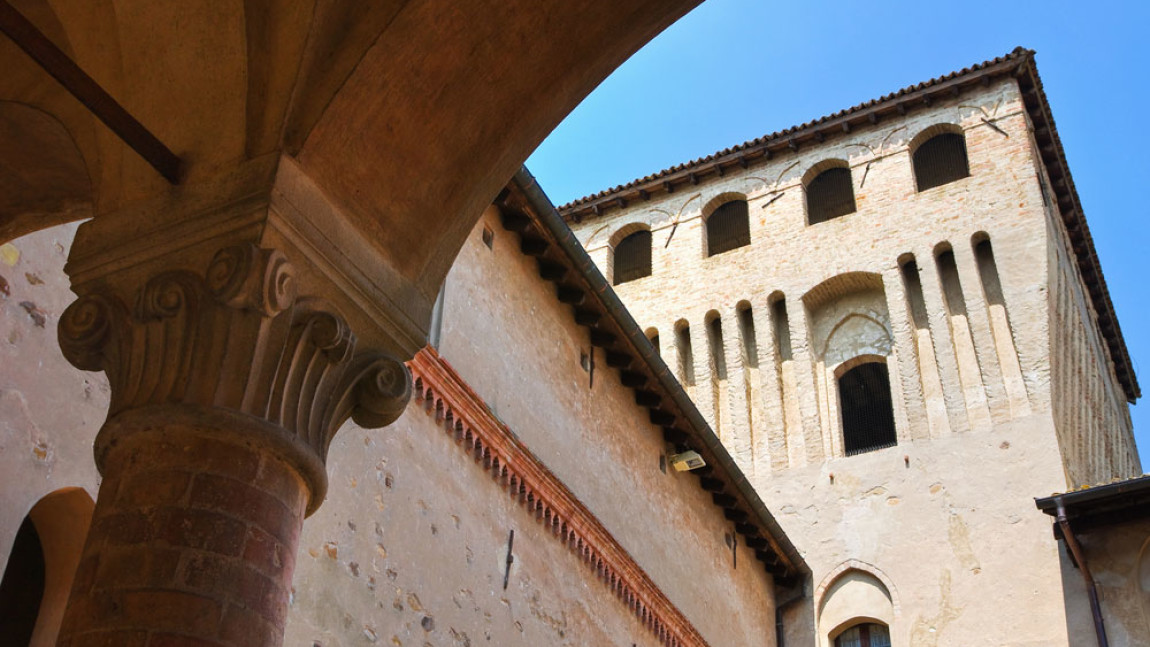 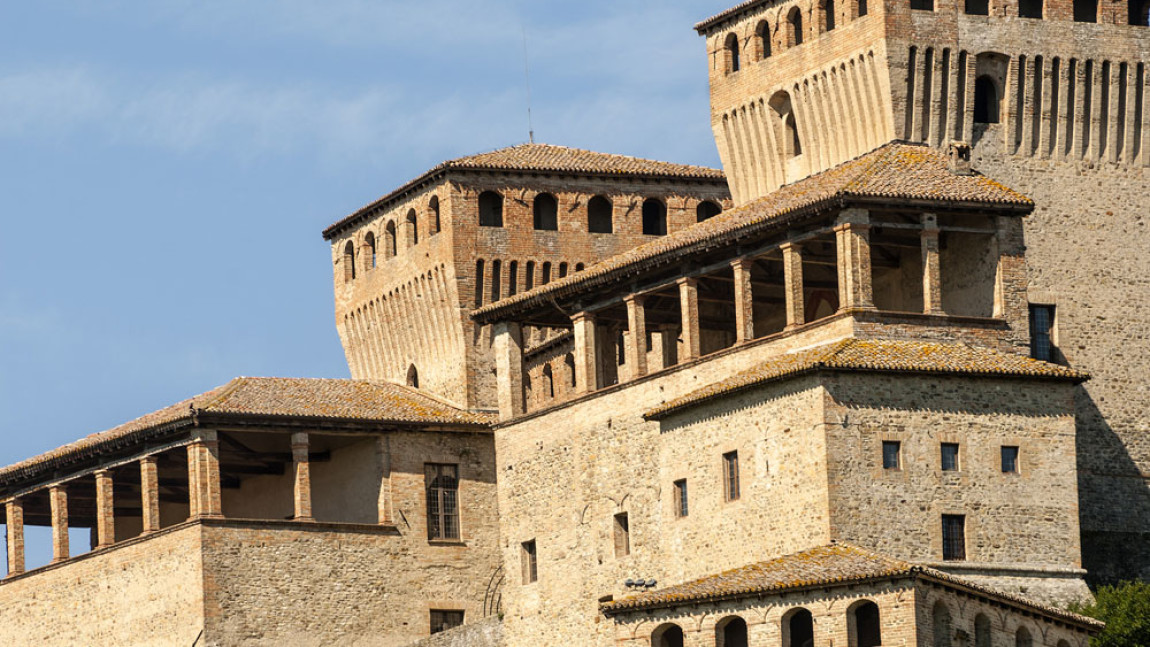 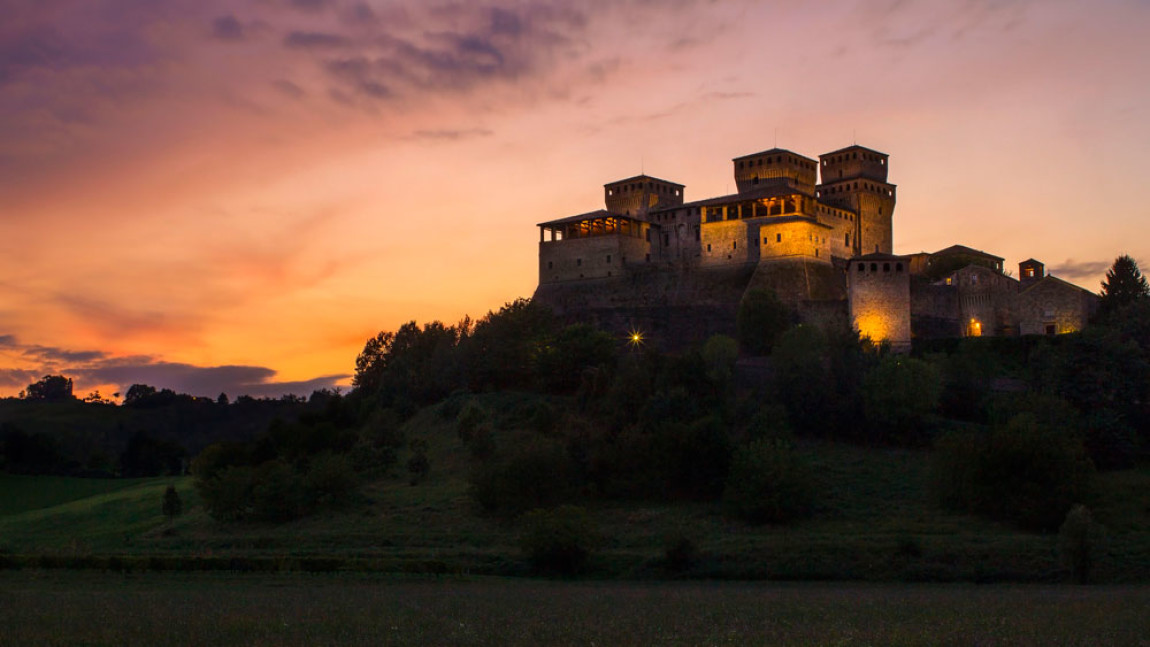 Built in the mid-fifteenth century at the bidding of Pier Maria Rossi, fourth Count of San Secondo, the castle of Torrechiara, still perfectly preserved in the grand and imposing architecture, is located near Langhirano, in the middle of a vast wine area characterized by gentle slopes and rolling hills.
The castle is included in the itinerary of the Castles of the Duchy of Parma and Piacenza.
Example of a happy fusion between defensive and residential structures, the castle preserves numerous frescoed rooms dating from the last quarter of the sixteenth century and the early years of the seventeenth century (The Jupiter room, the pergola room, the landscape room, the hall of victory, the Angels room, the Velario room, the Hall of Emblems, the Hall of the jugglers), the ancient San Nicomedes Oratory and the famous “Golden Room”, which still shows, almost intact, its Fifteenth Century aspect and which owes its name to gold that once covered the heraldic reliefs on the walls.
The frescoes of the “Golden Room” celebrate the love story between Bianca Pellegrini and Pier Maria Rossi, described according to the stylistic features of courtly love on the lunettes of the vault, and the power of the family, through the representation of all the castles of the Rossi ‘s feud.

BOOK A TOUR
Tags:     Castle of Torrechiaratorrechiara Category:     Castles of the Duchy