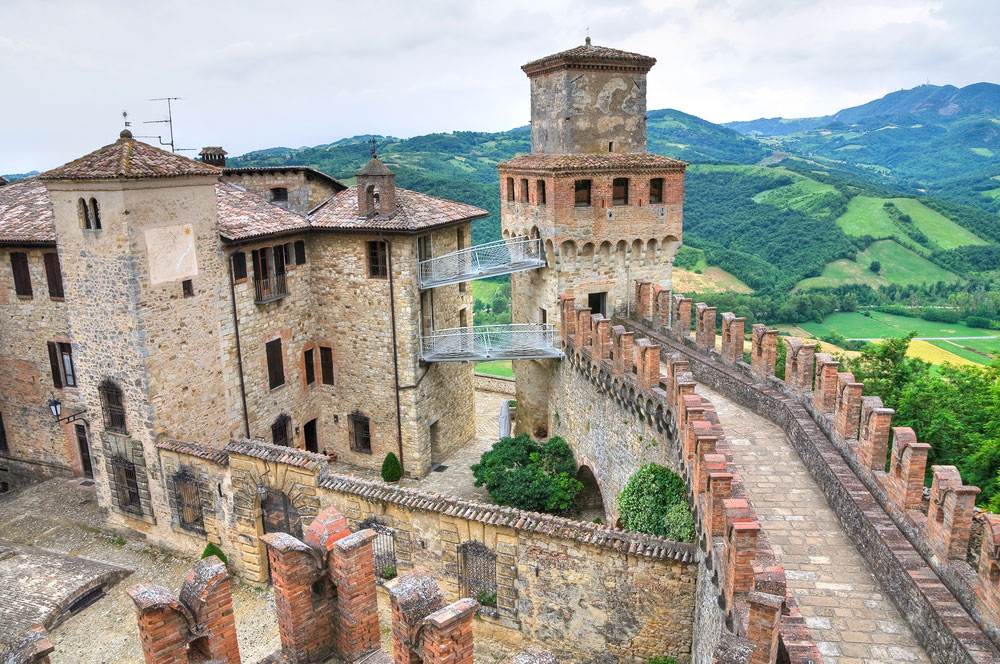 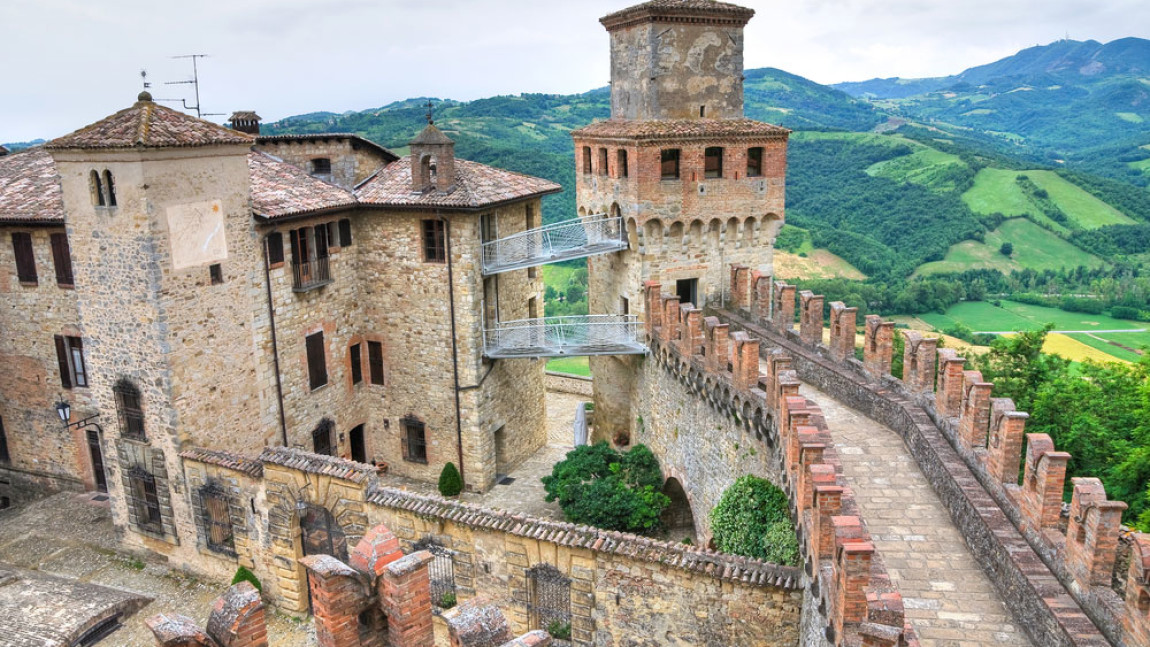 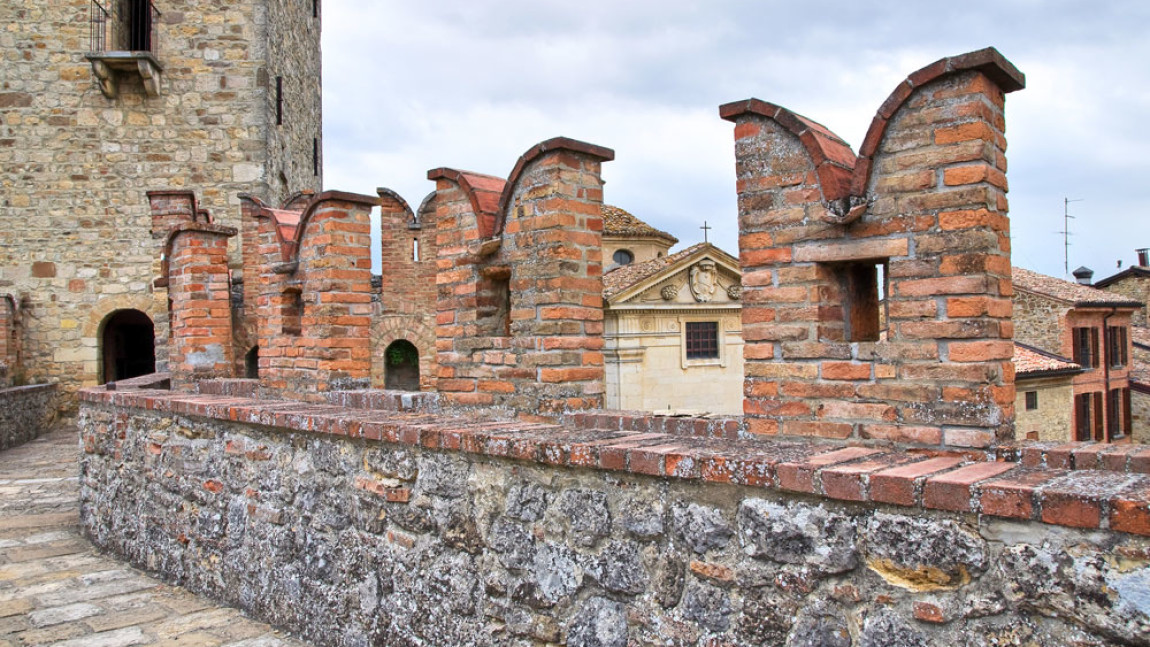 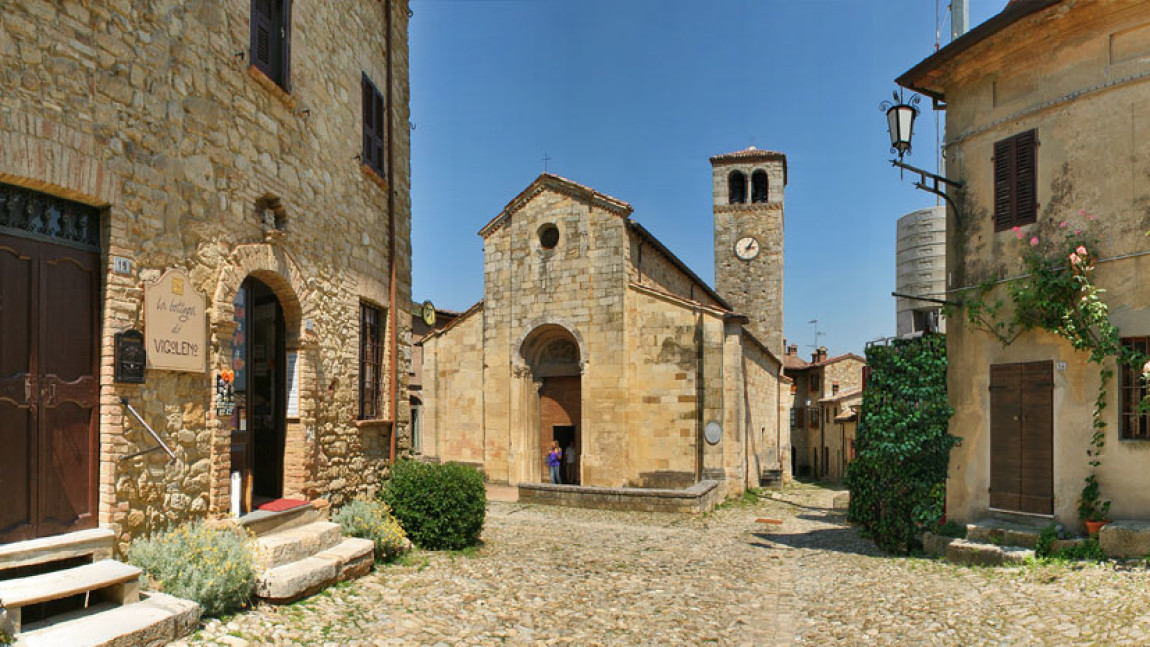 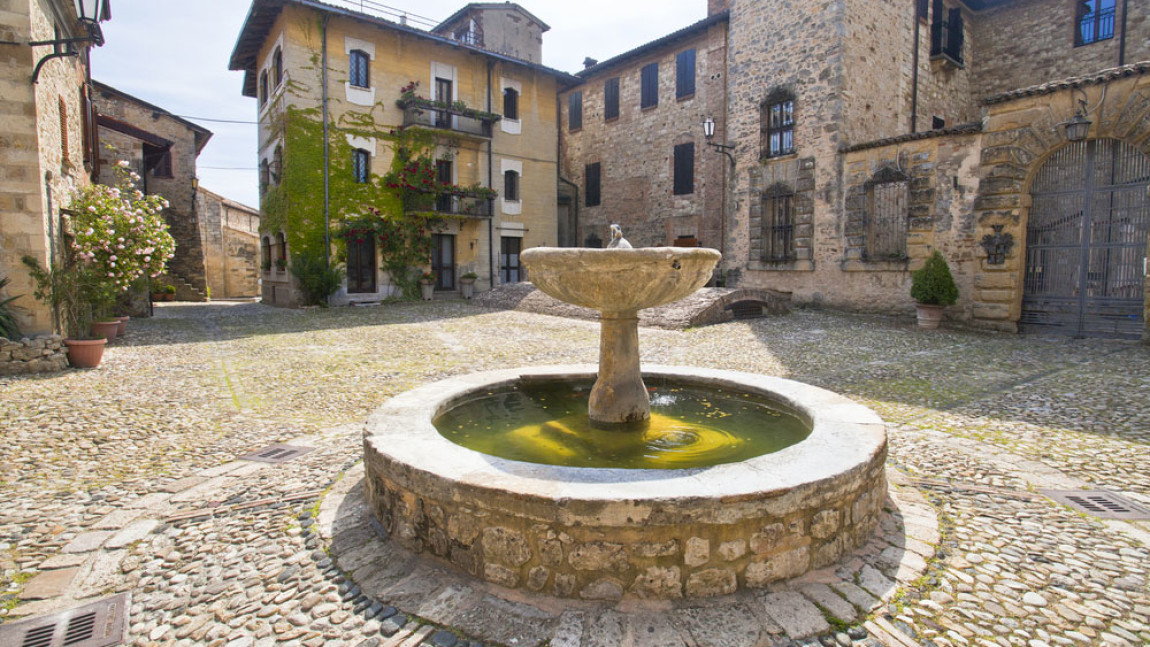 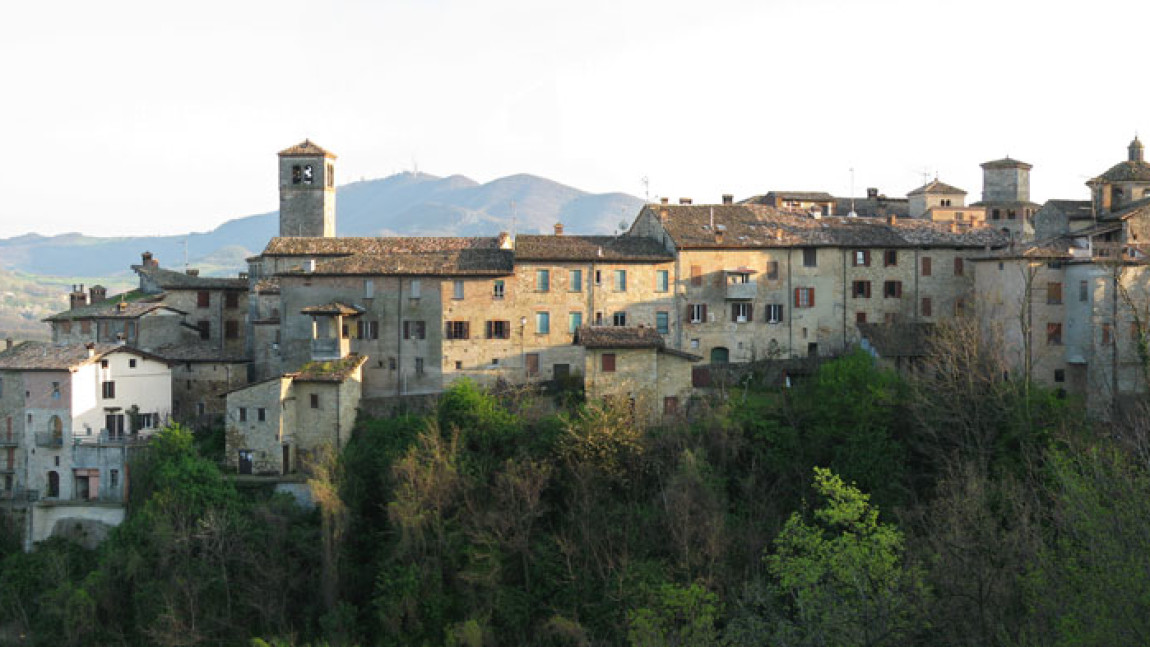 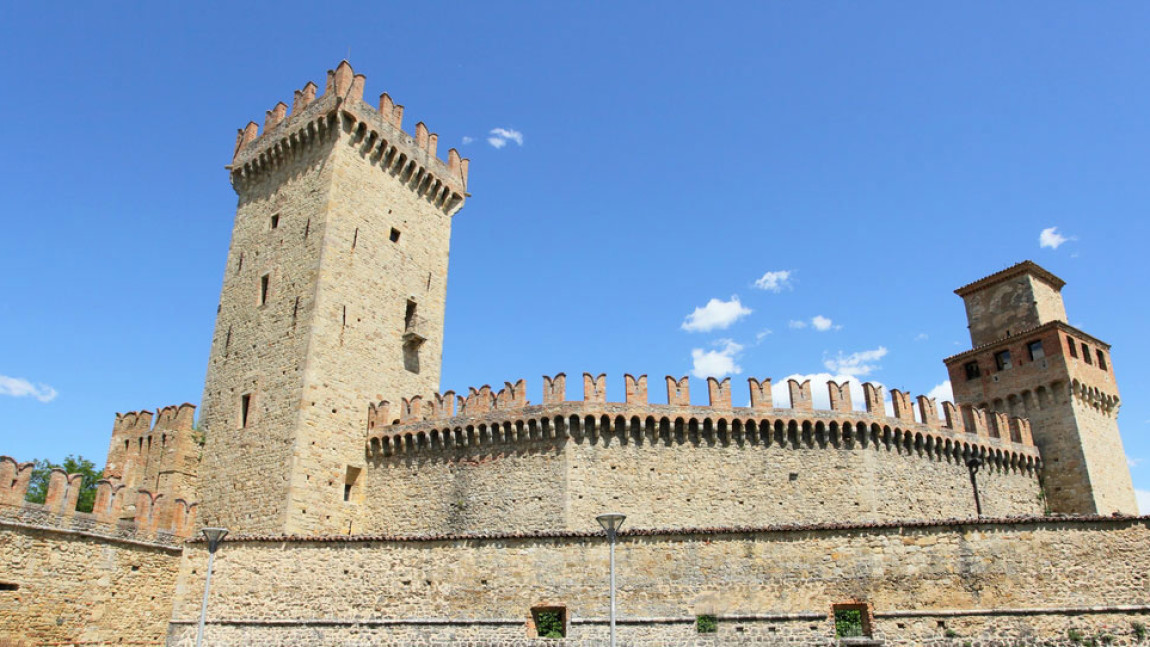 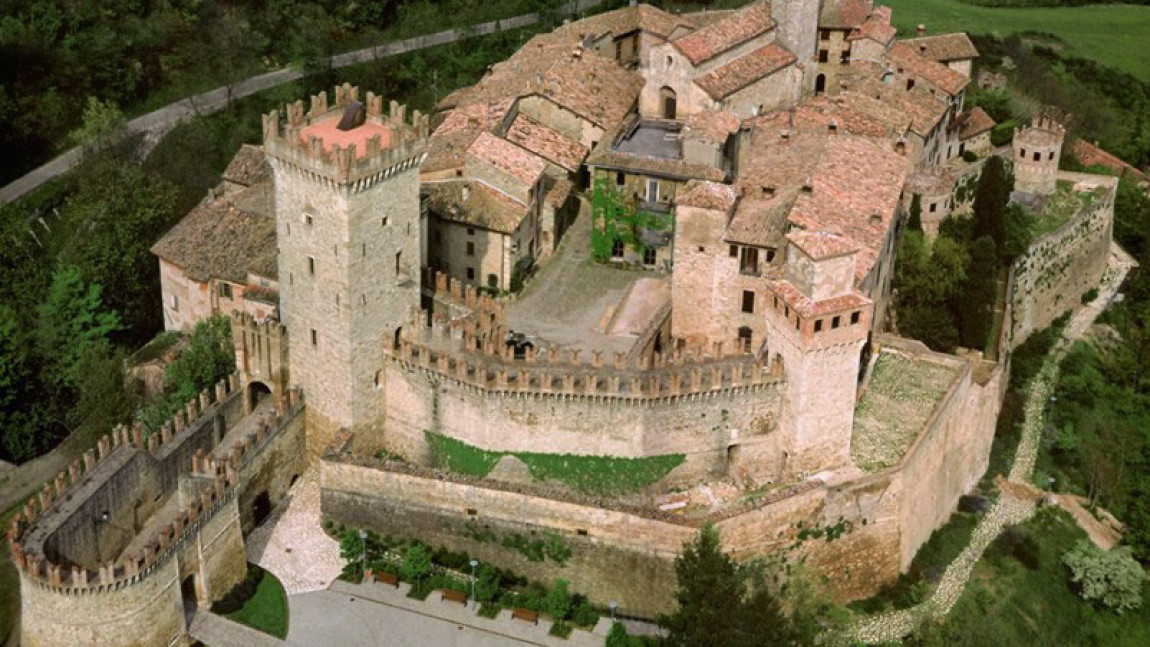 Vigoleno is one of the most beautiful medieval villages in Italy, a castle-village which retains, despite the transformations undergone during the centuries, a great evocative power.
What impresses most of the small village, perched on a spur, are the large expanses of stone, the defensive walls, the battlements, the towers, the ramparts and then the short and narrow streets, which make it similar to a labyrinth. The light reflected on this rock, during the various moments of the day, creates indefinable atmospheres.
Centre of a large military organization created by the Scotti to protect the interests of the Guelph and the popular party against the Ghibellines, the powerful Pallavicino and Landi, who favoured the nobility, the medieval village of Vigoleno, located on the “salt road” and along the Via Francigena, is a small but significant jewel of the history of Piacenza.
The castle of Vigoleno, with its fortified medieval village, dominates the valley of Stirone Park, offering views of nature of rare beauty.