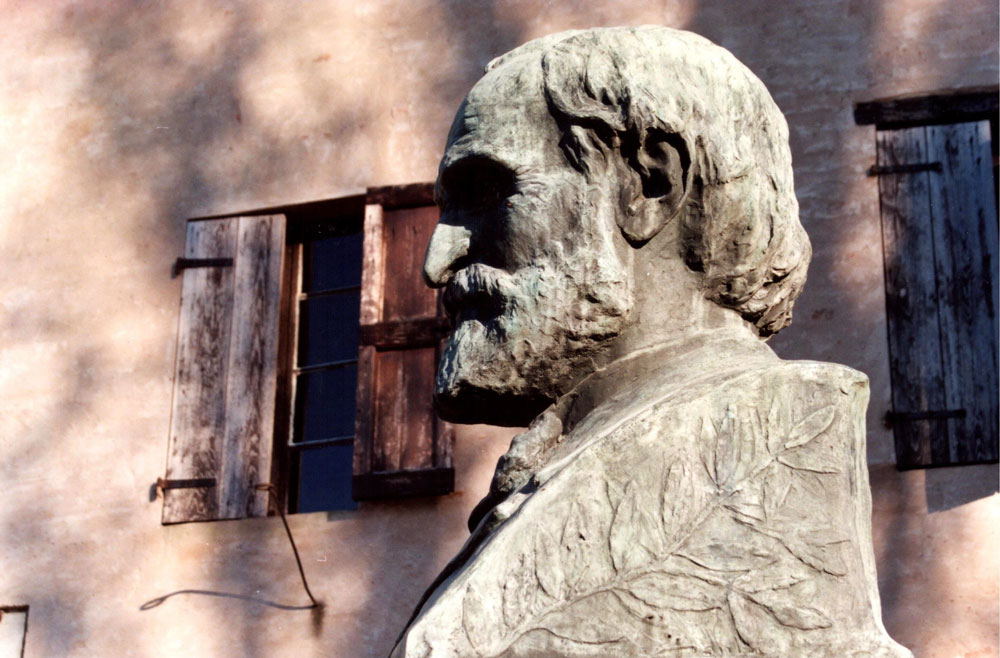 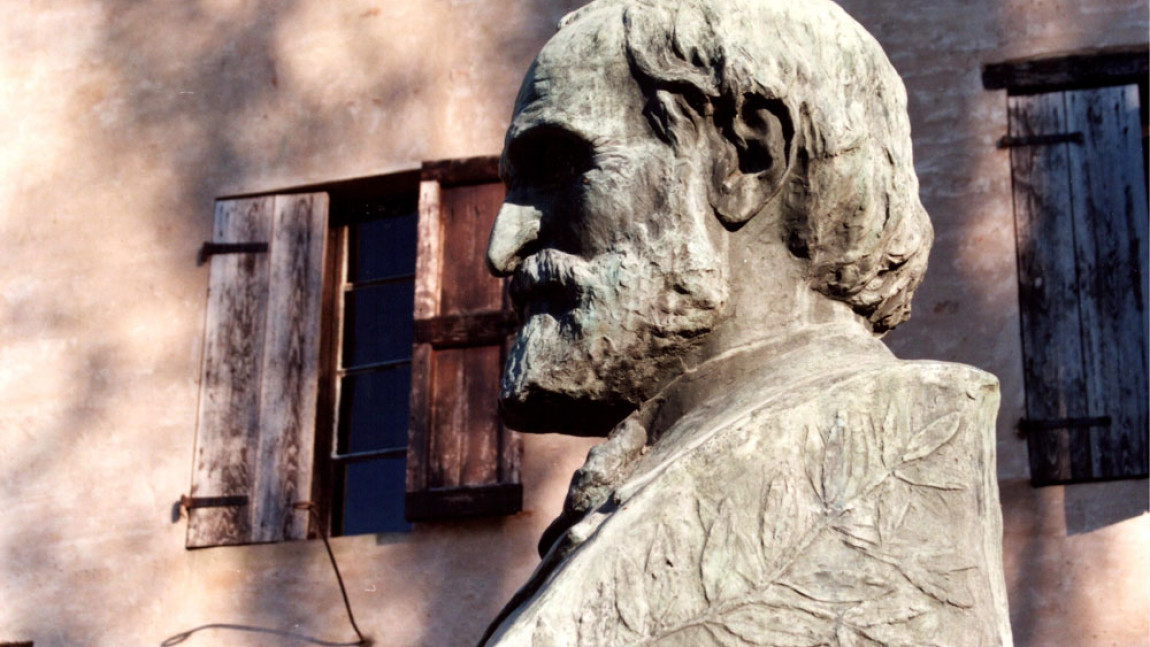 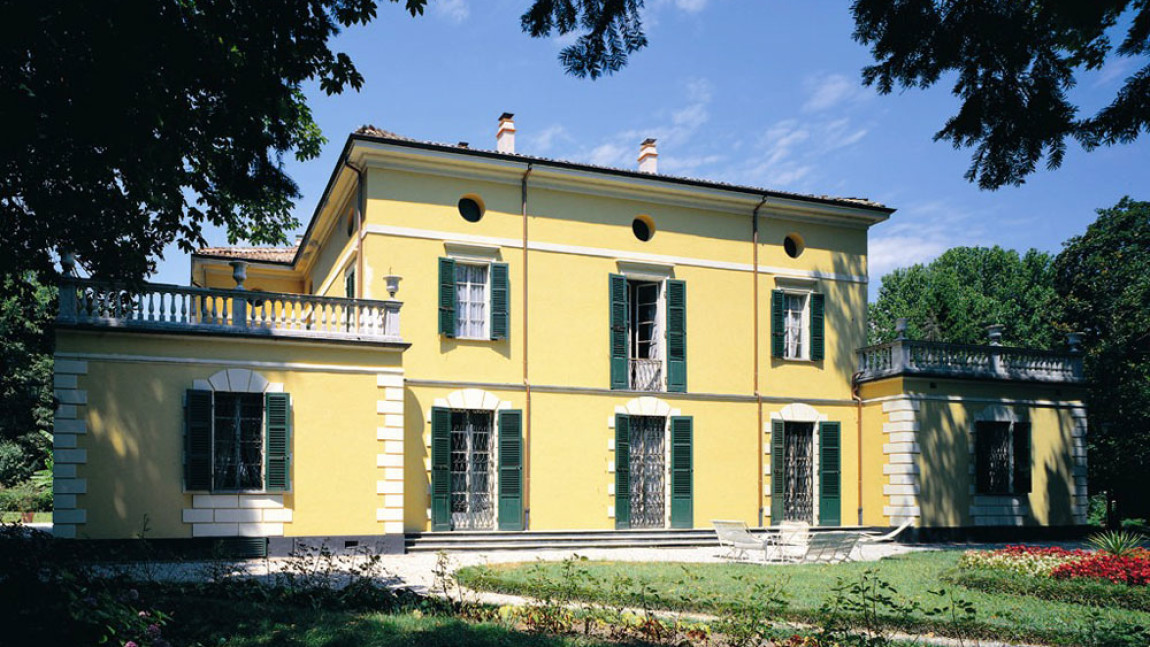 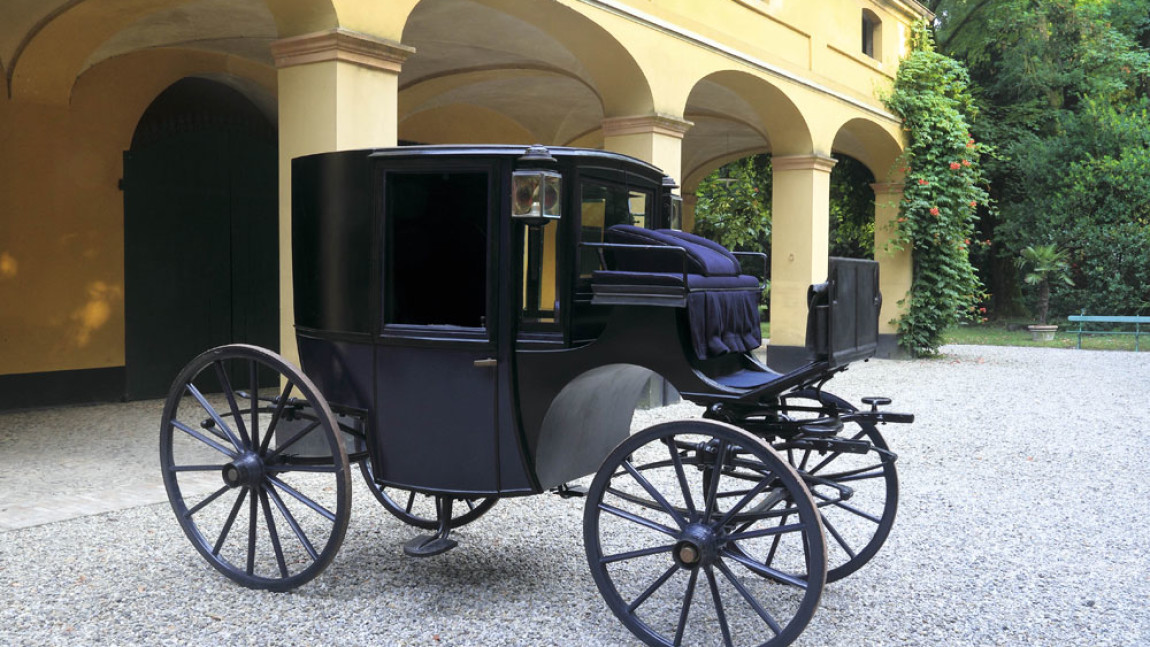 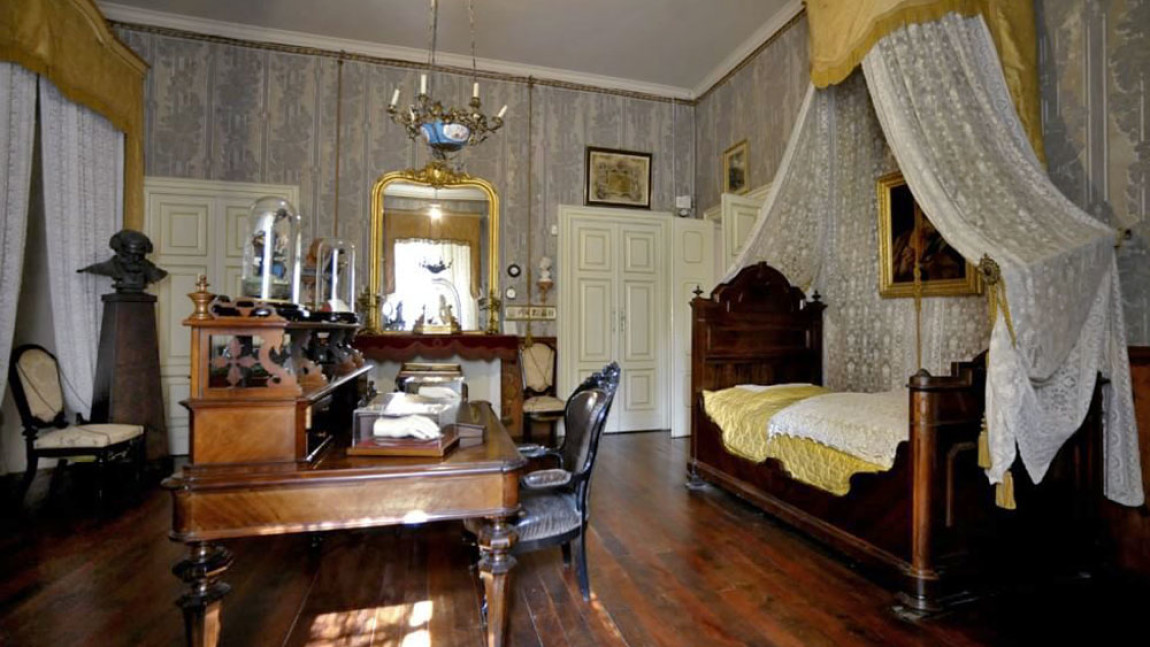 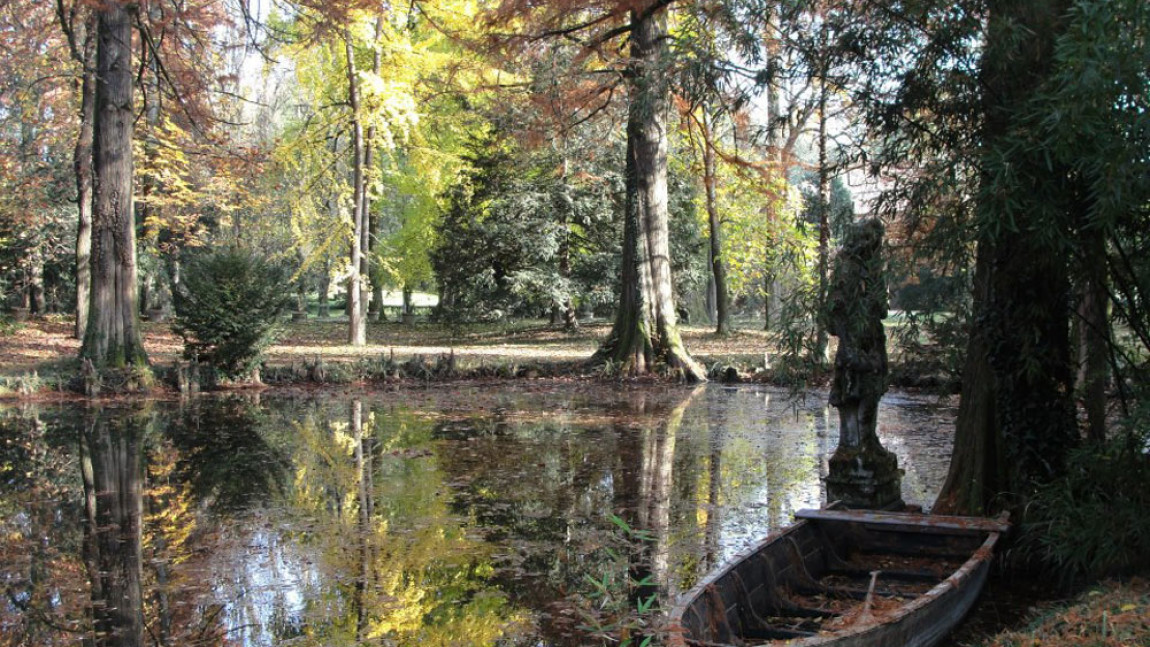 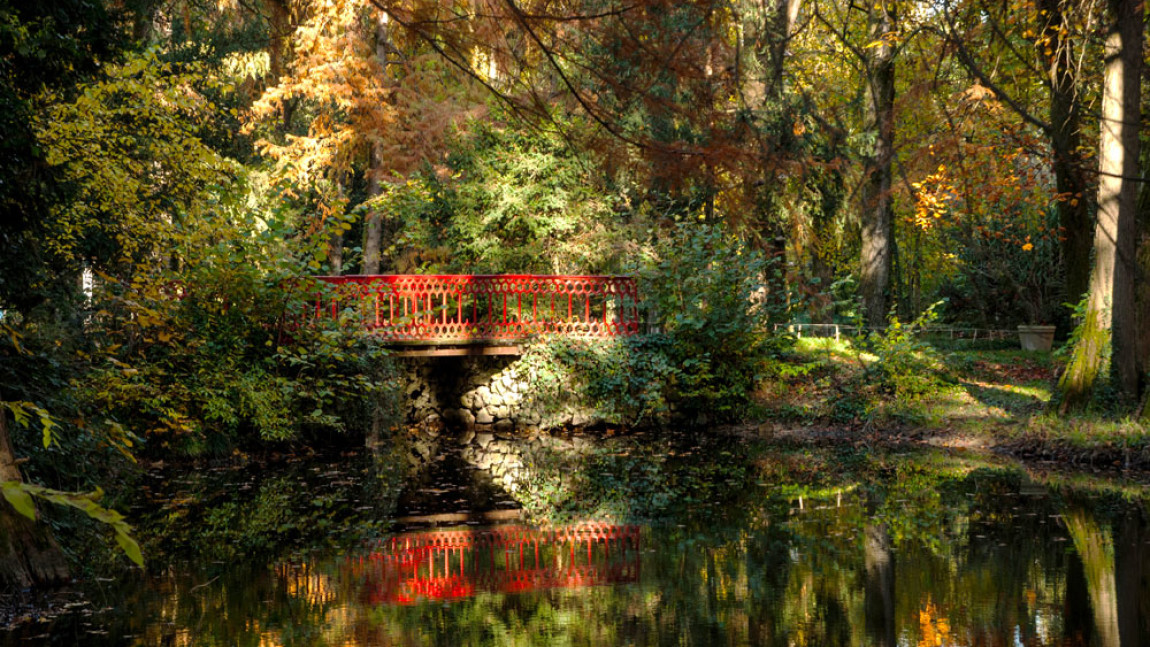 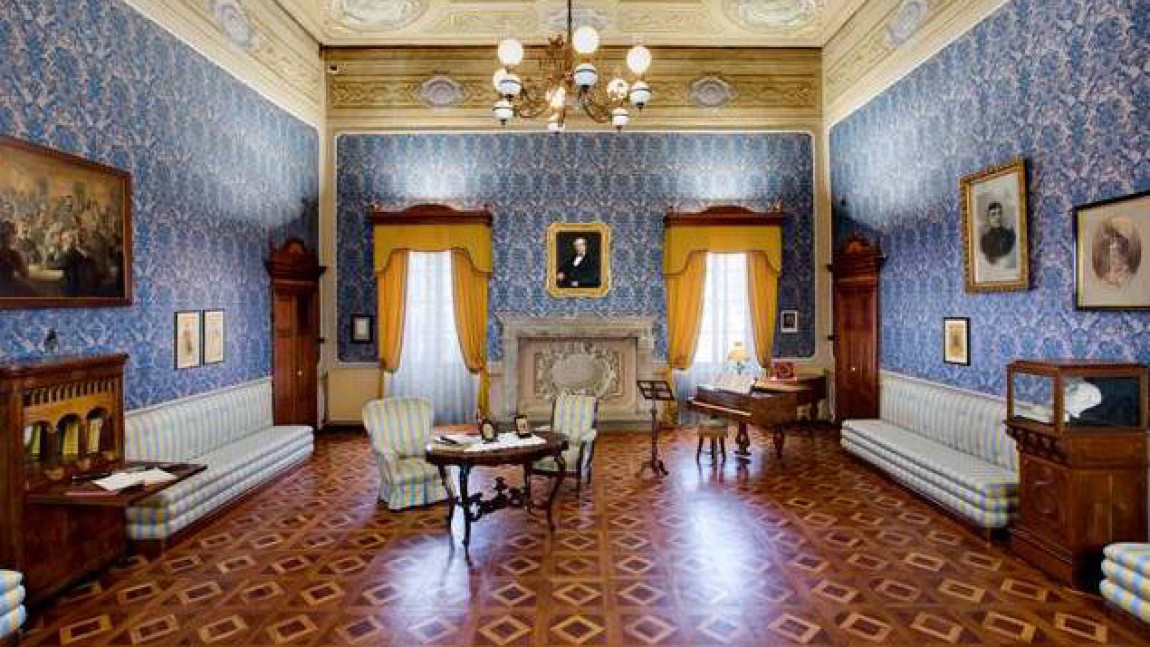 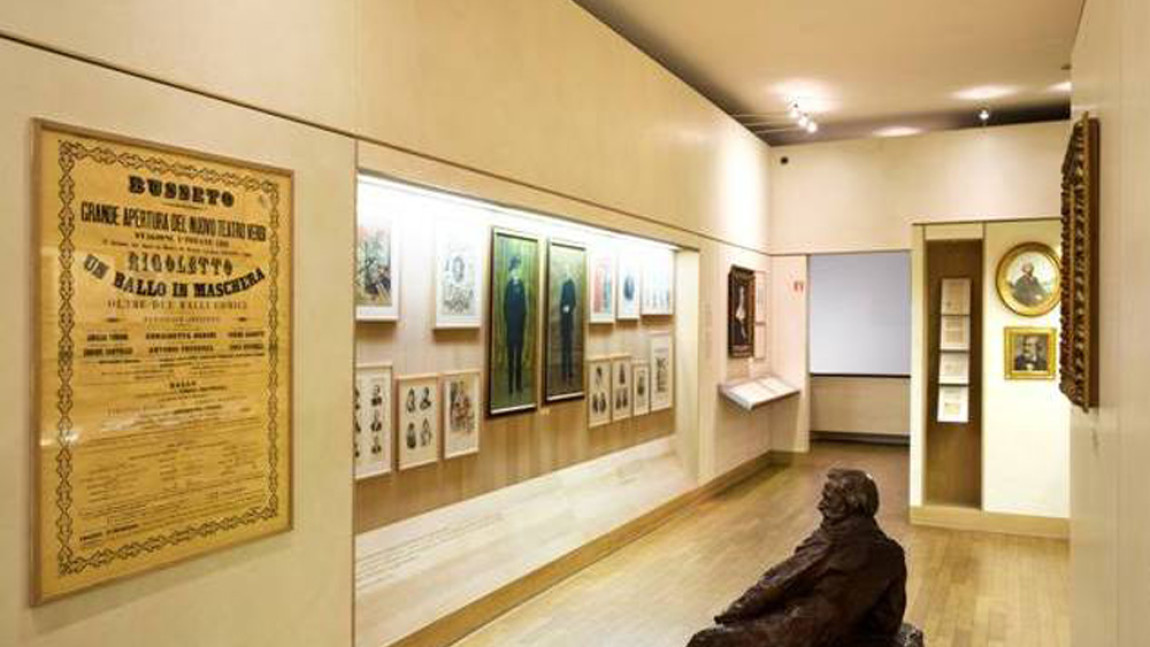 Visiting Parma is an opportunity to explore the small villages and towns of the Lowlands which are, now more than ever, wrapped in music and the memory of the great composer Giuseppe Verdi, whose works are known and appreciated all over the world. Today, the Teatro Regio in Parma and the Teatro Verdi in Busseto are seats of the famous Verdi Festival.

The itinerary dedicated to Giuseppe Verdi starts from Roncole Verdi, with a visit to the Maestro’s birthplace, the most evocative of Verdi’s places, the small building located on a crossroad in the village centre where his father ran an inn with an attached grocery.

A few steps from the house is the church of San Michele Arcangelo, where Giuseppe Verdi was baptized and could play the organ as a child under the guidance of his first teacher Pietro Baistrocchi.

The Verdi route between the towns of the Parma plains continues with the visit to Busseto, starting from Barezzi House (Casa Barezzi Museum), site of the first musical and emotional formation of the young Giuseppe Verdi.

The historic hall of the Barezzi House, former seat of the Busseto Philharmonic, which welcomed the first compositions and public performances of Giuseppe Verdi as a student and then as a young teacher, also saw the rise of love for Margherita, Mr. Antonio’s daughter, who became the first wife of Giuseppe Verdi.

The adjacent rooms are now home to a vast display of Verdi memorabilia, with signed letters, portraits, documents and posters. The Casa Barezzi Museum attracts and fascinates not only music lovers but also all those who are interested in the great composer’s human story.

Elegant fifteenth-century buildings, adorned on the facade by terracotta decorations in the Lombard style, overlook Piazza Roma: the Pallavicino fortress, the Collegiate Church of St. Bartholomew, and the later Oratory of the Holy Trinity, where on May 4th, 1836 the wedding between Giuseppe Verdi and Margherita Barezzi was celebrated.

The Rocca, former castle of the Pallavicinos, holds a small jewel, the famous Teatro Verdi. The fame of the Theatre is also linked to the presence of Arturo Toscanini, who in 1913, on the occasion of the Verdi Celebrations, conducted Falstaff and La Traviata, and in 1926 he returned to Busseto to conduct the Falstaff once again.

The visit to Busseto ends with a walk along Via Roma, passing in front of Palazzo Orlandi, the Monte di Pietà and the Church of St. Ignatius. Just beyond we find the church of Santa Maria degli Angeli. The Gothic church and the adjoining Franciscan monastery are situated on the south-west outskirts of the town where they were built between 1470 and 1474 by Pallavicino and Gianludovico Pallavicino, sons of the Magnificent Orlando. Inside, a niche covered by rocky concretions houses the Lamentation over the Dead Christ by Guido Mazzoni (1476-77), a masterpiece of Emilian sculpture of the fifteenth century.

Three kilometers from Busseto, just across the Ongina river, it is possible to find the beautiful Villa Verdi. This is the house that the Master lived in during his later years. Though it does not belong geographically to the province of Parma, the place is closely linked to the Parma territory for its history and traditions, and the Master’s ancestors are documented in the area since the end of the sixteenth century.

Giuseppe Verdi bought the villa in 1848 and lived there since 1851, loving to return there after his travels throughout Italy and Europe.

Verdi himself took part in the design of the space changes, both internal and external, that have given the house its current appearance, jealously guarded by the composer’s heirs. In this place Verdi was able to find the isolation necessary to his creative genius and his shy and reserved character. Villa Verdi is today the best key to understand the spirit of the great composer and the man Giuseppe Verdi.

With a little more time available, you could visit Villa Pallavicino in Busseto with its new museums and fascinating exhibitions dedicated to the heritage of Italian Opera.

The superb Villa Pallavicino, once known as “Boffalora” and popularly called Palazzo dei Marchesi, is among the most beautiful villas of the Parma area.

Surrounded by a square fish pond and preceded by a seventeenth-century pavilion, it was started during the second decade of the sixteenth century as a summer residence, with a grid pattern plan that recalls the coat of arms of the Lords of Busseto, and now houses the Giuseppe Verdi National Museum.

The 27 works of the “Swan of Busseto” are represented along a historical route with reproductions of the original sets by Casa Ricordi and reconstruction of nineteenth century environments. Under beautiful theatre lights, listening to the immortal music of Giuseppe Verdi, the visitor moves along a suggestive itinerary designed by the set designer and director Pier Luigi Pizzi.

From Nabucco to Trovatore and Rigoletto, from Traviata to Aida and Otello, from Macbeth to Falstaff, it is a dreamlike immersion in the life and works of the great master, but also a way to learn the history of an era, the facts and the characters that influenced Giuseppe Verdi in the creation of his great works.

A new Museum was inaugurated within the old stables of the Villa Pallavicino in 2014: the Renata Tebaldi Museum. The museum, promoted by the Renata Tebaldi Committee of Milan, exhibits objects, clothes, jewelry belonging to the great soprano, whom Arturo Toscanini called “Voice of an angel”, as well as documents, images, testimonies of famous artists and colleagues.