Guercino and Pordenone as you’ve never seen before. 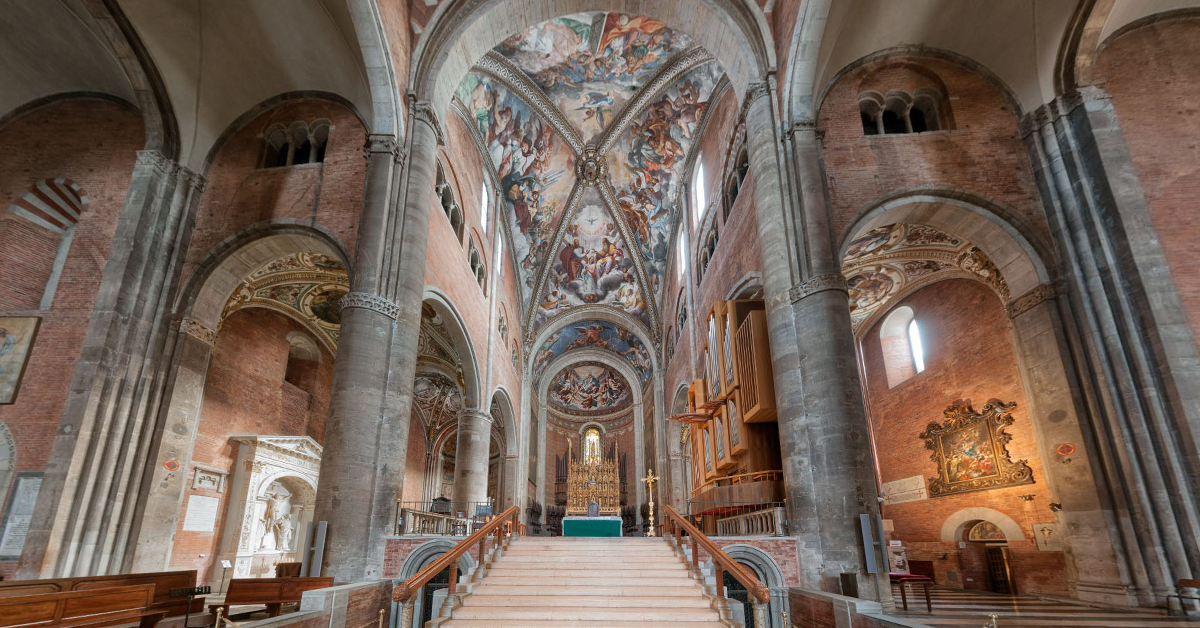 Aprile in Piacenza will be a month full of surprises and exciting events!
You will discover the masterpieces of Guercino and Pordenone seen closely, thanks to two paths of ascent to the Domes of the Cathedral and the Basilica of Santa Maria di Campagna, while the city comes alive with a series of interesting cultural proposals.

From April the 7th to July the 7th 2018 the new layout of Kronos – Museo della Cattedrale, in fact, integrates with an extraordinary path of ascent that, through secret places, will lead up to the dome of the Cathedral, for a vision of the frescoes of Guercino in all their beauty and charm, and to an exhibition that will bring to light some of the most precious medieval illuminated codes, such as the Book of the Master.

The Mysteries of the Cathedral

Wonders in the labyrinth of knowledge.

Kronos – Museo della Cattedrale will present itself with a new set-up, with an independent entrance from via Prevostura, which will allow access, for the first time, from the gardens on the back of the apses of the Cathedral. To welcome visitors there will be a video showing the story of the bishop complex from Piacenza from the fourth century up to the construction of the current cathedral.
In the anteroom of the upper sacristy, a video, with an interview with Valerio Massimo Manfredi, will introduce the five sections of the exhibition of codes. After the visit to Code 65, the ascent towards the dome of Guercino begins, a new spectacular route to discover the artist of the seventeenth century.

Considered one of the most representative artists of the Baroque, the technical skill and the originality of Guercino’s touch had a notable influence on the evolution of the decorations in the 17th century. Its productions are characterized by strong contrasts of light, which create a characteristic freshness and transparency. From April the 7th you will finally be able to see closely his decoration of the dome of the Duomo of Piacenza, dated 1626.

The pordenonian frescoes of the dome of the Basilica of Santa Maria di Campagna seen closely, like never before.

An event (from March the 4th to June the 10th, 2018) that rediscovers the “Walk of artists”, a path that was used by the students of the Istituto d’arte piacentino Gazzola to see the frescoes of Pordenone not from bottom to top and study in that way also the perspective (some even wrote their surname, with graffiti still visible).
The dome is reachable through a walkway formerly used only for maintenance purposes, recovered and secured.

Contact us to book your guided tour, to rediscover Guercino and Pordenone!