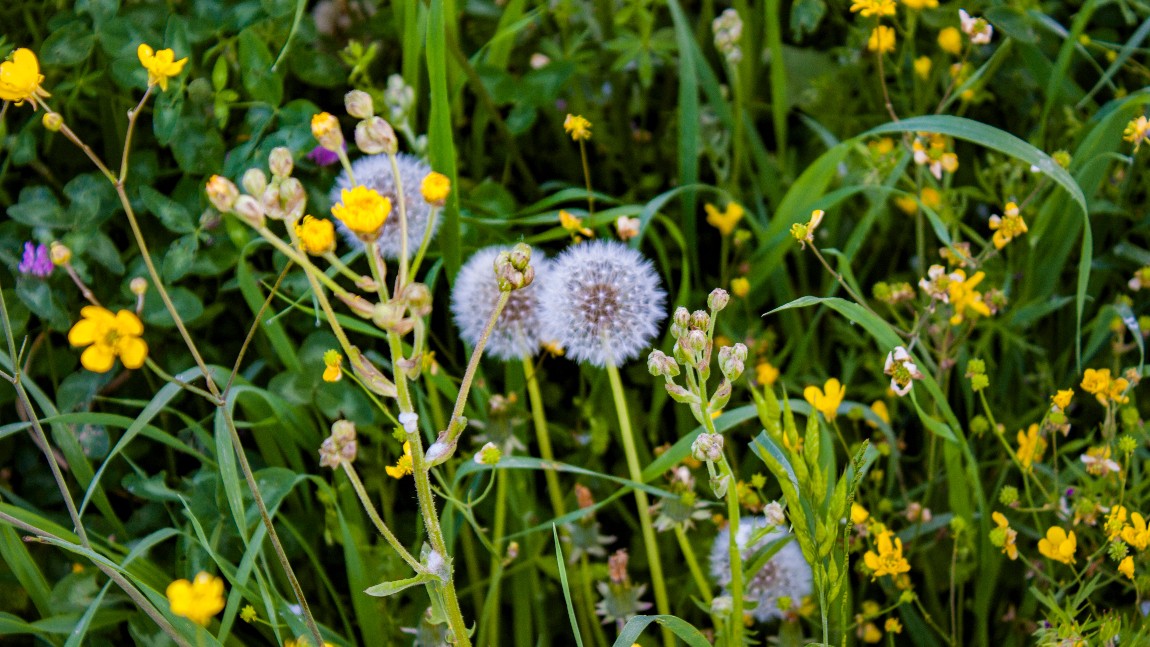 Permanent meadows have always been an important element for the economy and landscape of the Parmigiano Reggiano production area.

As established by the Regulation drawn up by the Consortium of Parmigiano Reggiano cheese, the production of milk and its processing into cheese take place exclusively in the provinces of Parma, Reggio Emilia, Modena, Bologna to the left of the river Reno and Mantua to the right of the river Po.

The reason why Parmigiano Reggiano cheese cannot be “reproduced” outside its area of ​​origin is bound to two fundamental and related factors: lactic flora and hay. As far as lactic flora is concerned, each area of ​​the earth has its own particular percentage composition of the various bacterial strains present in the soil and among these also those belonging to the family of lactic bacteria. The haymaking process brings the forage in contact with the ground several times, resulting in its enrichment with the lactic flora naturally present on the meadows.In this way, hay becomes not only food but also a means of transporting lactic flora from the soil to the barn and from the barn to milk.

Mixed permanent meadows can be mowed and given to the cattle when they are still fresh and green, from April to November, or dried and kept in the stable for later use. As regards the production of hay, the quantities vary according to the seasonal trend and the cultivation care provided, reaching an average of 100-115 quintals per hectare obtainable from 3-4 cuts (5 cuts in particularly favorable seasons) of which the first, the most abundant, is carried out during the first half of May while the others are carried out every 35/40 days. The first cut provides forage rich in grasses, while legumes prevail in the summer months. Mixed permanent meadows therefore ensure excellent quality forage, capable of responding in a balanced way to the food needs of the livestock.

In ancient times, mixed permanent meadows constituted one of the main resources for the feeding of milking cows employed in the production of Parmigiano Reggiano cheese, so much so that the current “Feeding Regulation”, part of the “Disciplinary for the production of Parmigiano Reggiano cheese”, cites (art. 4) in the first place “fresh and hay fodder obtained from natural meadows, from mixed permanent meadows (…) “.

MIXED PERMANENT MEADOWS. AT THE ORIGIN OF THE SCENTS AND AROMAS OF PARMIGIANO REGGIANO CHEESE

It is not simply a matter of preserving and protecting an ancient tradition, today we know that the sensorial and nutritional characteristics of Parmigiano Reggiano cheese are the result of a complex and delicate balance of technological and environmental factors.

Among the latter, a fundamental role belongs to the feeding of dairy cows and in particular the presence or absence of meadow fodder, which have volatile components, such as vitamins and polyunsaturated fatty acids, capable of being transmitted to milk and which, in the case of some species, has also enzymes capable of modifying the characteristics of the cheese. We also know that the quantity of volatile components increases especially in the case of the administration of green fodder.

These differences, observable at a chemical level, can also be found at a sensory level, as the investigations carried out through special panel tests (groups trained for sensory assessments) have shown. Parmigiano Reggiano cheese obtained through a diet almost exclusively based on green or hay fodder from mixed permanent meadows has different sensorial and nutritional specificities compared to Parmigiano Reggiano cheese obtained through a diet based on other forages such as alfalfa. Parmigiano Reggiano cheese from mixed permanent meadows is characterized by a greater complexity and intensity of aromas and flavors and by a greater presence of unsaturated fats, Omega-3 and Conjugated Linoleic Acid, nutritional characteristics particularly beneficial for health.

The protection and safeguarding of mixed permanent meadows assumes strategic importance  for the agronomic reasons linked to the Parmigiano Reggiano supply chain above described as well as for naturalistic-environmental reasons. Mixed permanent meadows, in fact, characterized by the absence of repeated mechanical processing and by the non-use of pesticides for production, represent habitats capable of hosting rare or endangered species of flora and fauna.