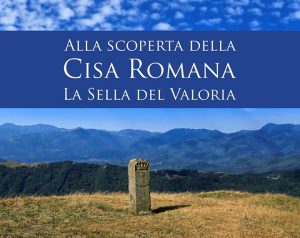 The exhibition “Discovering the Roman Cisa. La Sella Valoria” opens: The Roman history of Parma, revolutionized by recent and important archaeological discoveries. In 2011 the discovery of a tiny mosaic tile revolutionized the Roman history of Parma: this is the identification of an ancient point of the Roman road from Parma to Luni (on the Ligurian Sea) in Sella del Valoria (between Berceto and Pontremoli). An important archaeological discovery that, in part, modifies the historical hypotheses that until now saw in the Cisa pass the only trans-Apennine pass between the Parma area and Lunigiana. The archaeological excavations brought to light a sacred area, whith over 300 coins of the Roman age, offered by merchants and travelers who traveled the route. A research that allowed us to write a new chapter in the history of the territory and the city of Parma, precisely on the occasion of the 2.200 years of the foundation of the Roman colony. The results of the excavations conducted by the team of archaeologist Angelo Ghiretti are at the center of the exhibition “Discovering the Roman Cisa”, hosted at Palazzo Bossi Bocchi, from October 7th to December 17th. An initiative of the Cariparma Foundation, which financed the three excavation campaigns.

The exhibition is divided into four sections: an introduction dedicated to the Romanization of the territory of Parma (with the beautiful marble portrait of the consul Lepido from Luni), the road to Luni and the military conquest of the territory, the frequentation of the pass from Prehistory to the Middle Ages, the Roman sacred area with its testimonies. Two documentary films and an educational animation accompany the visitor along the path, where the most significant finds are exhibited.

Collateral events: Conference by the curator, Angelo Ghiretti (Tuesday 24 October 2017 at 5.00 pm). As part of the celebrations of 2200 years since the foundation of Roman Parma, the archaeologist Angelo Ghiretti, director of the scientific mission that highlighted the Sella del Valoria with the support of the Cariparma Foundation, tells the various phases of the investigation: from the discovery of the site to the archaeological excavation, from the discovery of the finds to their study and presentation in the educational exhibition set up at Palazzo Bossi Bocchi until December 17. The exhibition is included in the calendar of events of the regional protocol “2200 years along the Via Emilia”, signed between the Municipalities of Modena, Parma and Reggio Emilia with all the Regional Institutions that are part of the MiBACT , to celebrate the Roman origins of the three cities.
Come and discover Roman Parma!