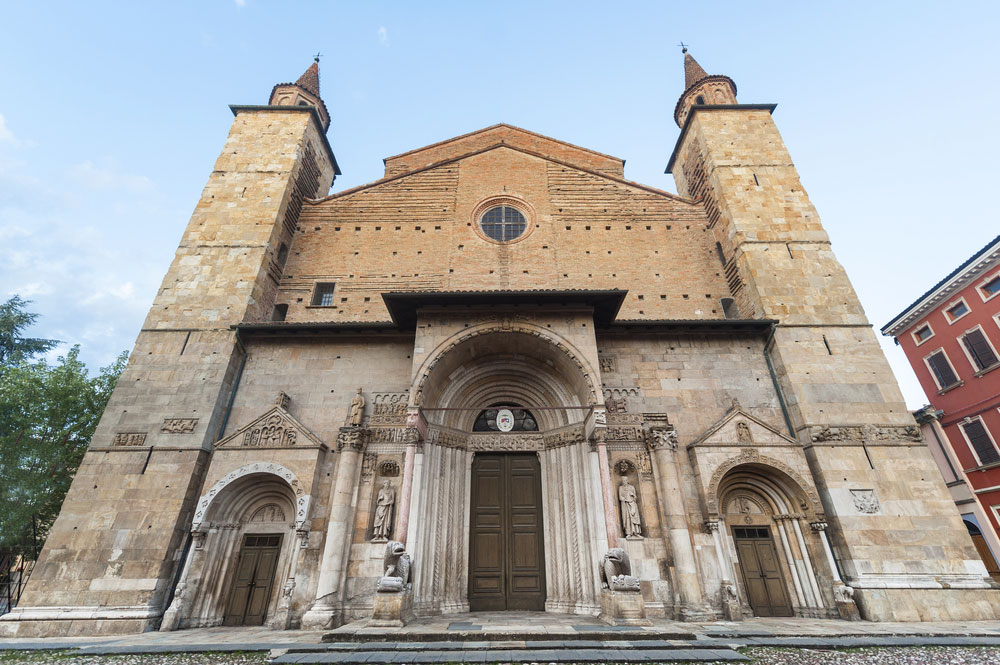 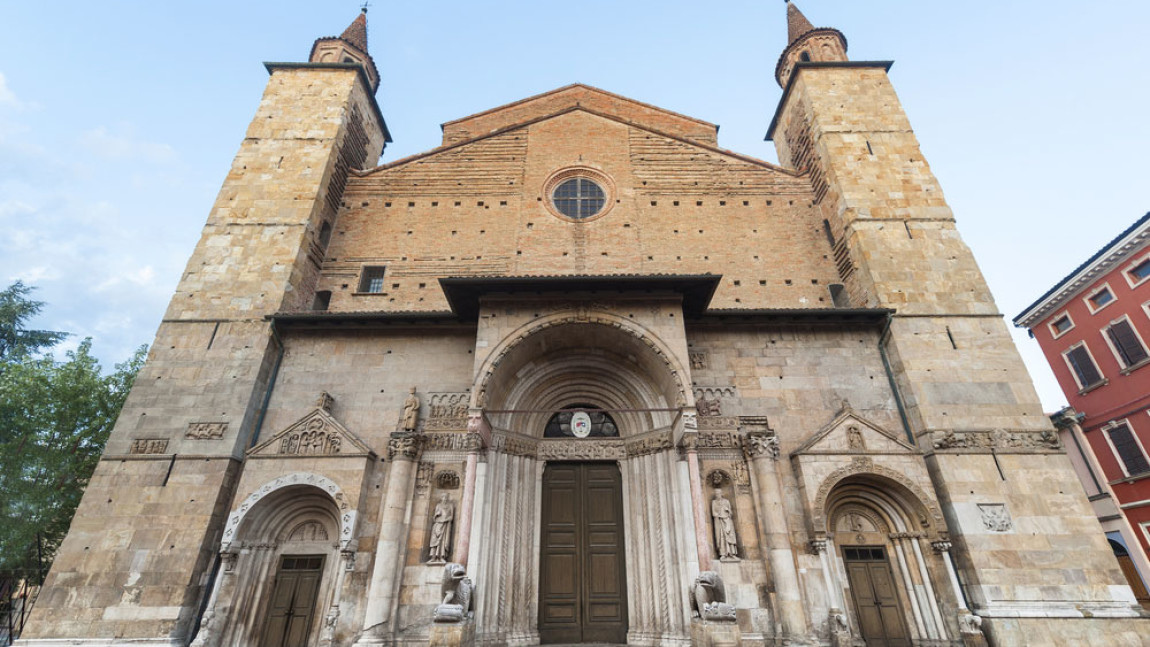 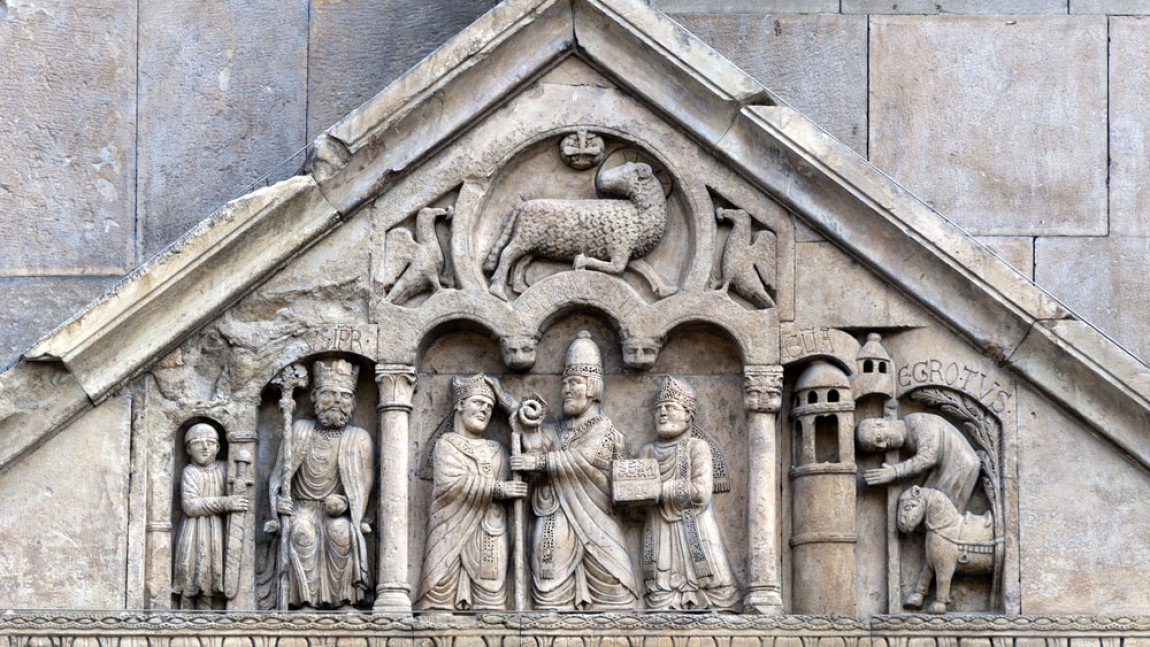 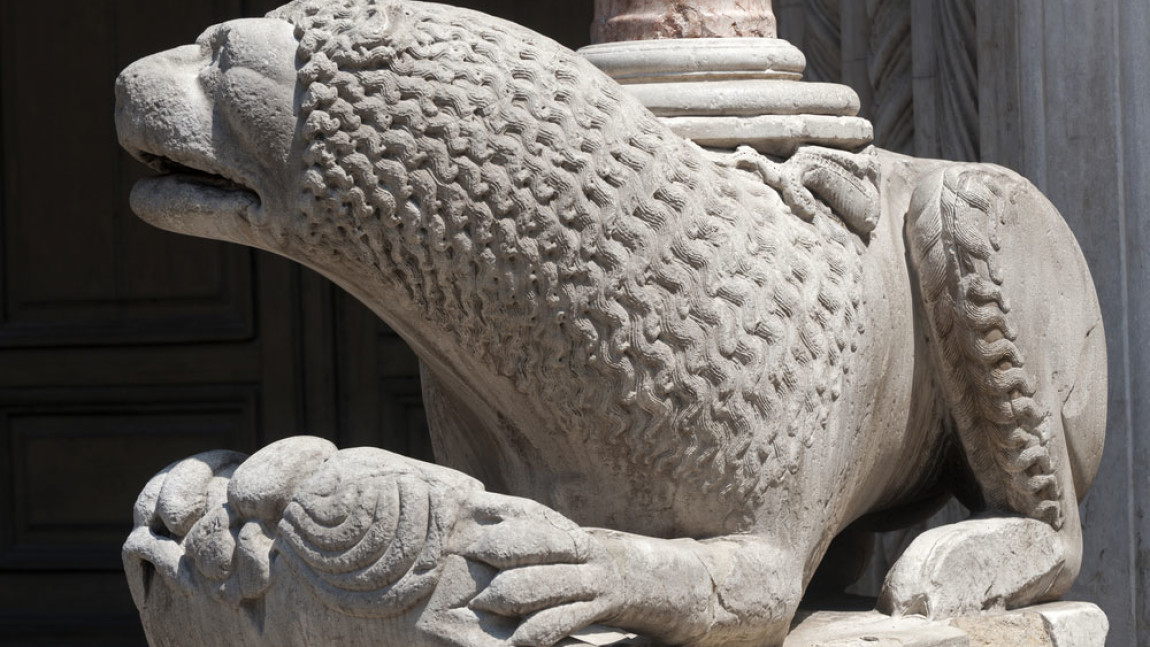 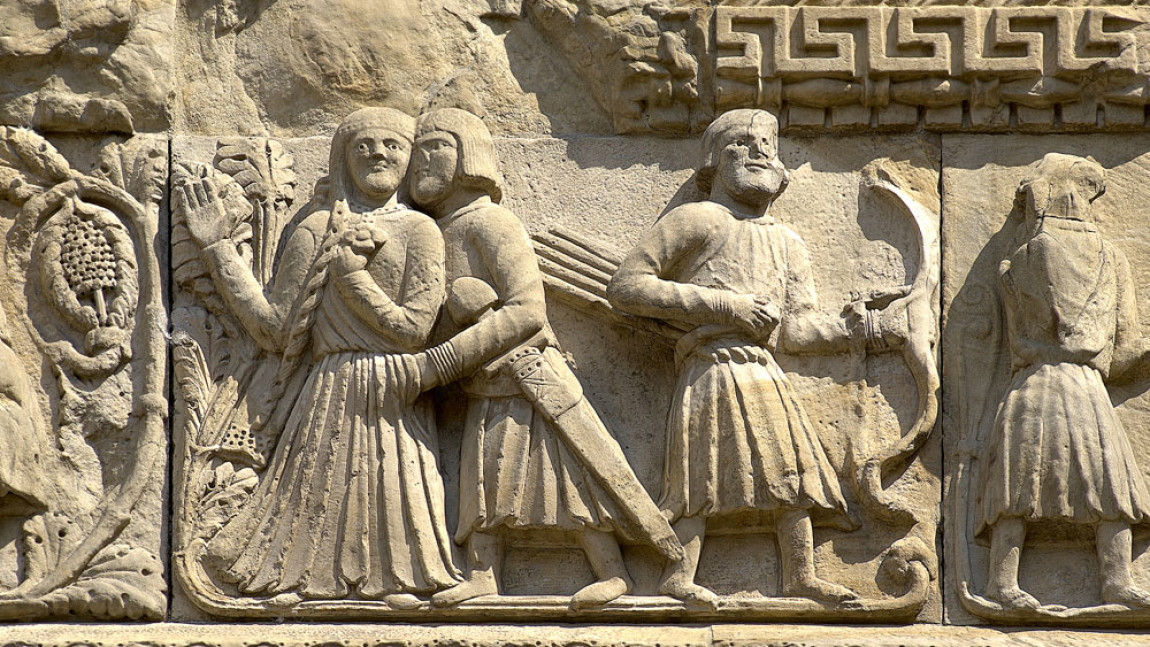 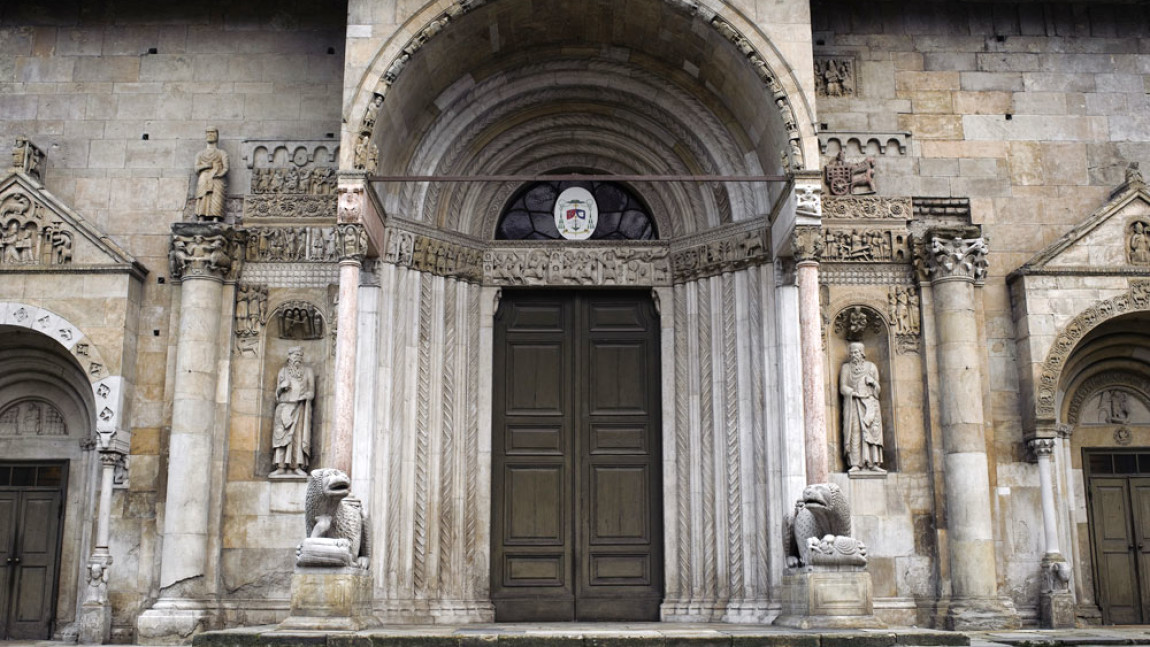 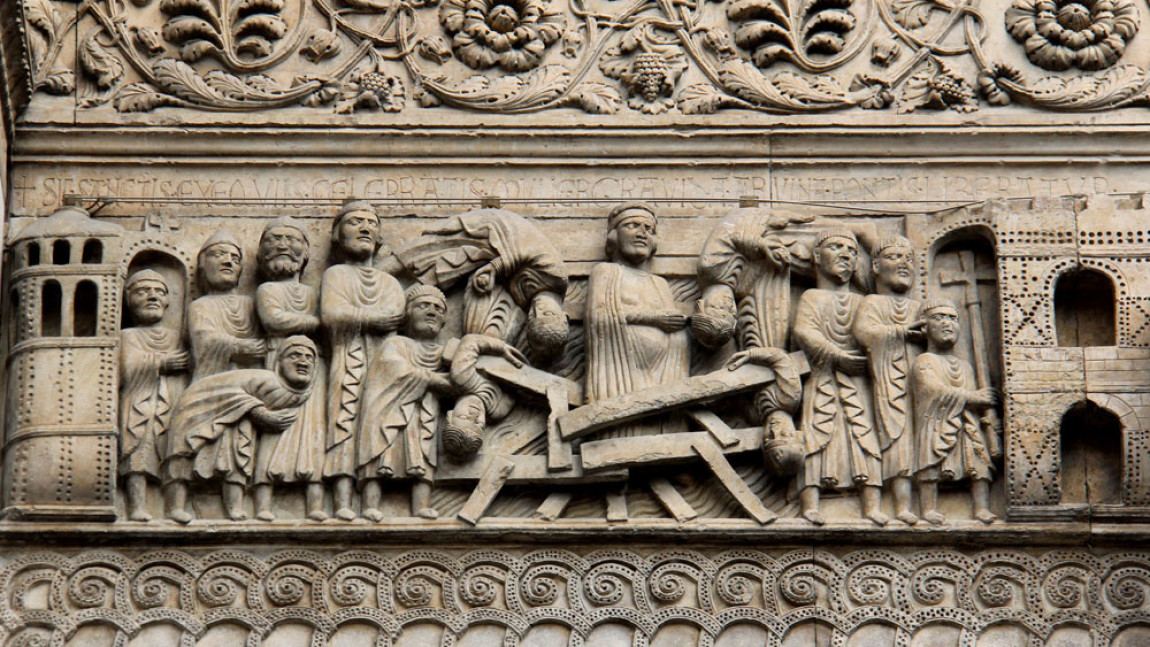 FIDENZA AND THE VIA FRANCIGENA – HALF DAY TOUR

Important point of contact between the Via Emilia and the Romea road, the town of Fidenza, known as Borgo San Donnino from the Middle Ages until 1927, was crossed by an endless crowd of pilgrims directed to Rome during the Twelfth Century, who were assisted in the town hospitals.
The pilgrims who crossed the village during the Middle Ages are recalled by the statue of the apostle Simon, situated on the left side of the central porch of the Fidenza Cathedral, holding the scroll that reads “Simon Apostolus eundi Romam Sanctus demonstrat hanc viam”.
On the sculptured low reliefs which adorn the facade they appear in rich and poor family groups as witnesses of miraculous events and, on the south tower frieze, as participants in an extended procession (i.e. the journey).

The visit starts from the San Donnino Cathedral, a splendid example of Lombard Romanesque, started in 1101 and ended after 1162 under Benedetto Antelami’s supervision, who made the rich array of sculptures perfectly fused with the architectural structure.
Close by you can visit the Diocesan Museum, which houses archaeological findings, architectural relics, furnishings and sculptures, paintings and precious liturgical objects, which cover a period from the eleventh to the sixteenth century, and show the importance of the San Donnino Church as a fundamental pilgrim’s station along the path of the Via Francigena during the first three centuries after the year one thousand.
The visit continues in the Municipal Theatre, started in 1812 and inaugurated on October 26th, 1861 with Verdi’s Il Trovatore, still characterized by the original decorations designed by the painter and set designer Girolamo Magnani, considered by Giuseppe Verdi “the first scenographer of Italy “, to whom the theatre is dedicated.
The visit ends in Piazza Garibaldi with a view of the outside of the Town Hall, built in the fifteenth century in Lombard Gothic style, Gramizzi Palace, Little Pigs Palace and “Crystal” Palace