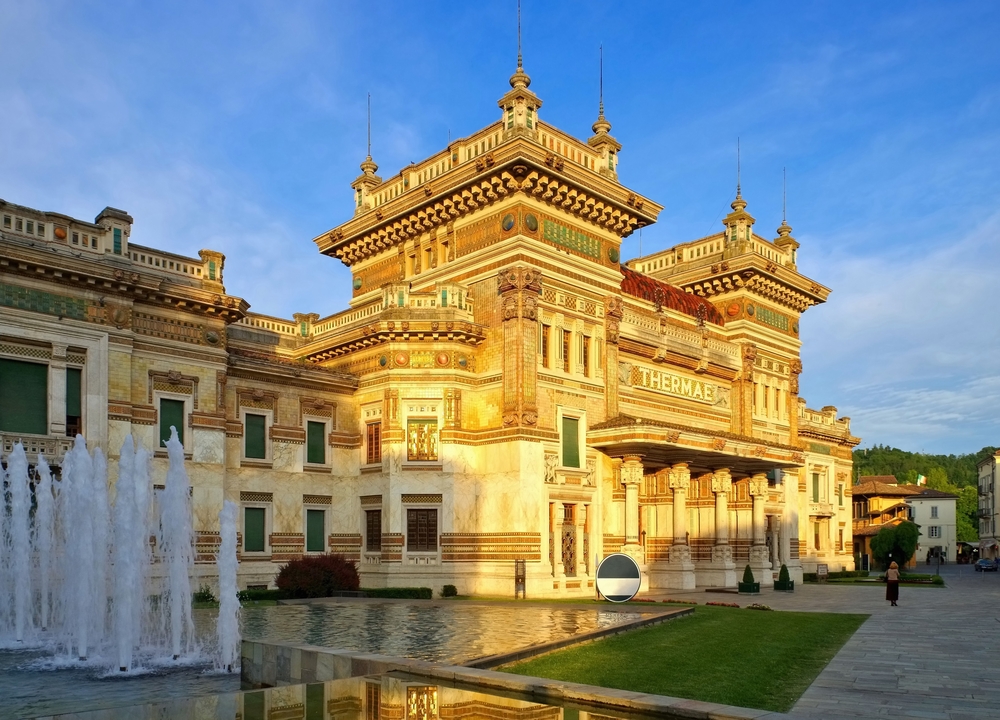 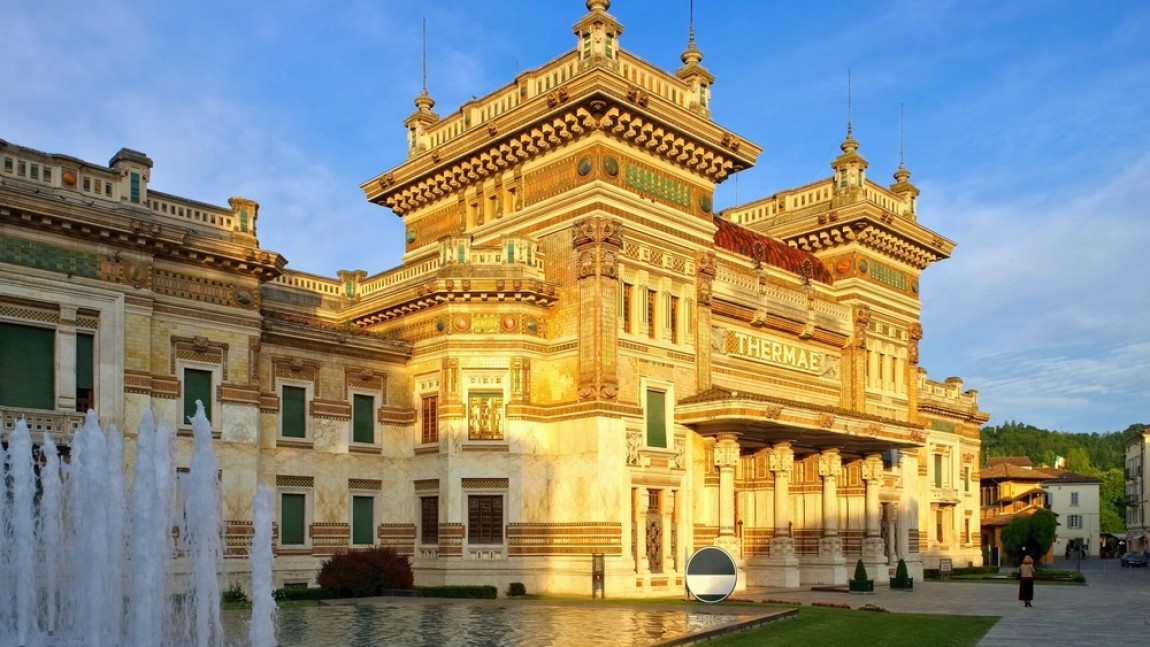 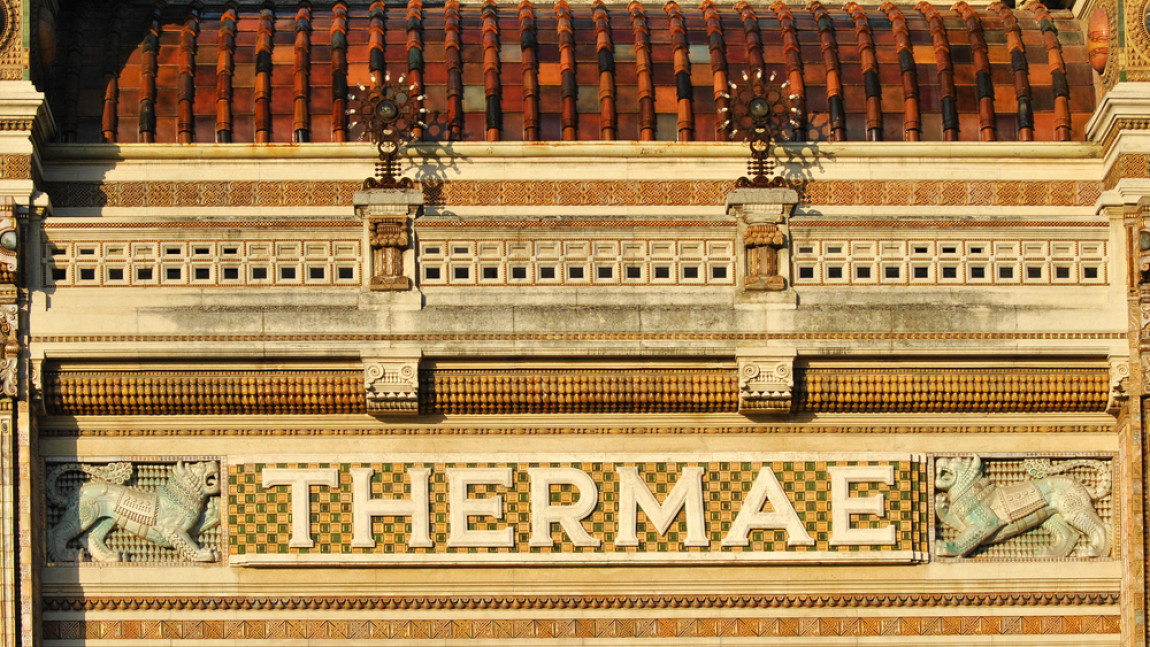 Surrounded by rolling green hills, Salsomaggiore Terme is located between the provinces of Parma and Piacenza, in the heart of Northern Italy and the Po Valley.

The visit to the spa town,  in exquisite Liberty-Deco style, starts from the Terme Berzieri, among the most interesting in Italy for the uniqueness of the Deco style architecture and decorative painting by Galileo Chini.

Terme Berzieri also act as a focal point for an itinerary on Liberty that winds along the whole town, starting from Pozzo Scotti, whose cage wrought iron and glass was placed in 1912 to highlight the natural treasure that still flows there today.

A few steps away, one can admire the Warowland house, fine example of Emilian Liberty. We arrive in Piazza Roma, birthplace of Domenico Romagnosi, an important philosopher of the Risorgimento, and continue on Viale Romagnosi which begins with a beautiful sculpture of Christoforo Marzaroli, Nostalgia, and with its many shops, restaurants and cafes has always been a pleasant stroll for the guests of the Terme.

After Piazza del Popolo, with a beautiful fountain decorated with flower beds, we get to the Congress Palace (Ex Grand Hotel des Thermes), a masterpiece by Galileo Chini: the Moorish Salon (used by Bernardo Bertolucci for an important sequence of the Last Emperor) , the Red Tavern and the Hall of Caryatids are important examples of the oriental taste of the Belle Epoque.

Near the Palace, the  Liberty – Deco intervention  on the former Casino Kursaal is still clearly visibile. The Casino is  reached from the monumental Berardinelli Staircase, where Viale Romagnosi ends.

To those who want to plunge into the heart of the history of Salsomaggiore Terme, we recommend a visit to the Paleontological Museum “The Old Sea”, situated inside the Palazzo dei Congressi, where one can admire many findings dating back to the Quaternary period, when the town was still submerged by the waters of the sea.

The Gavinell Botanical Garden, just two kilometers from the city centre, is not to be missed: a haven of peace and natural well-being, with over 450 species of plants on an area of ​​12 hectares.
Do you want to discover the history and secrets of the town of thermal waters?
Contact us
Tags:     ArtparmaSalsomaggiore terme Category:     Unusual Tours