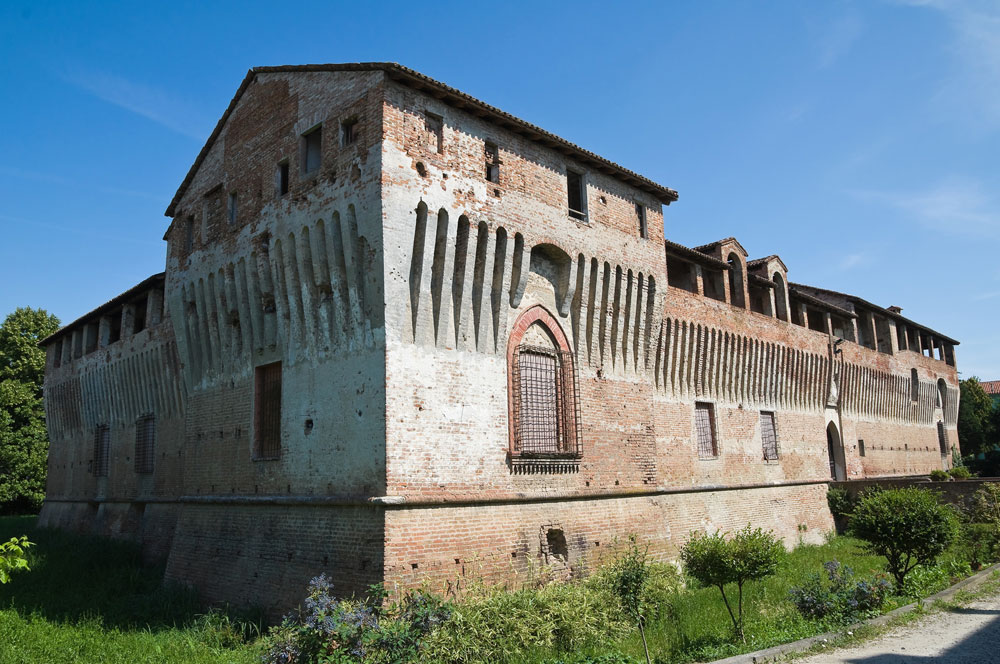 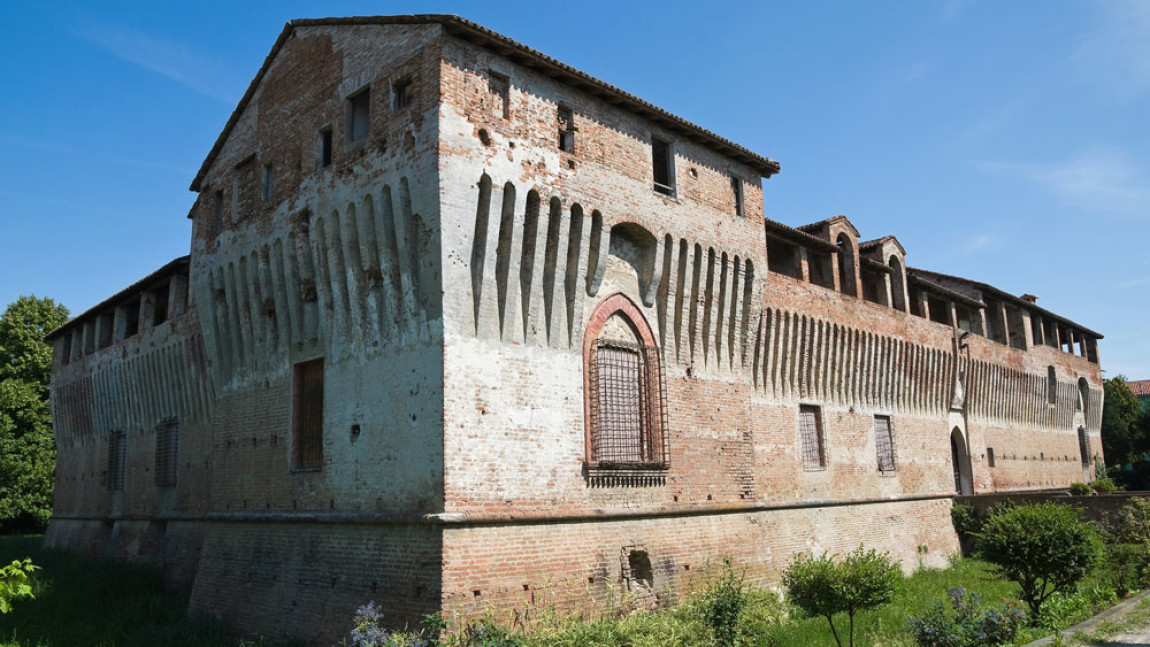 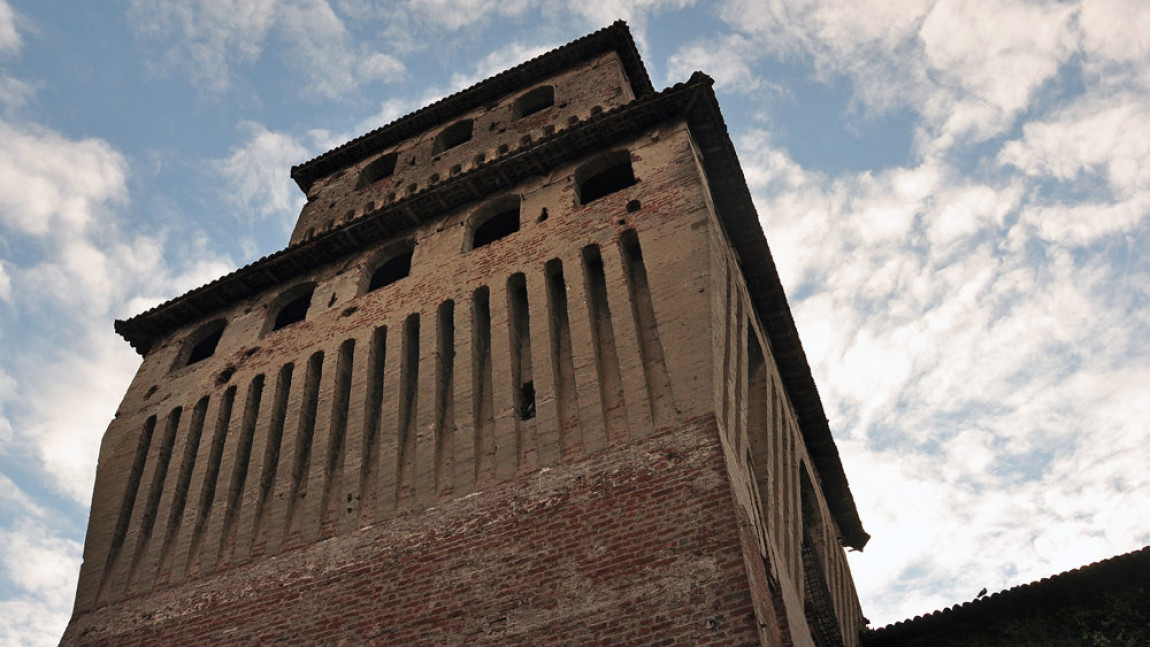 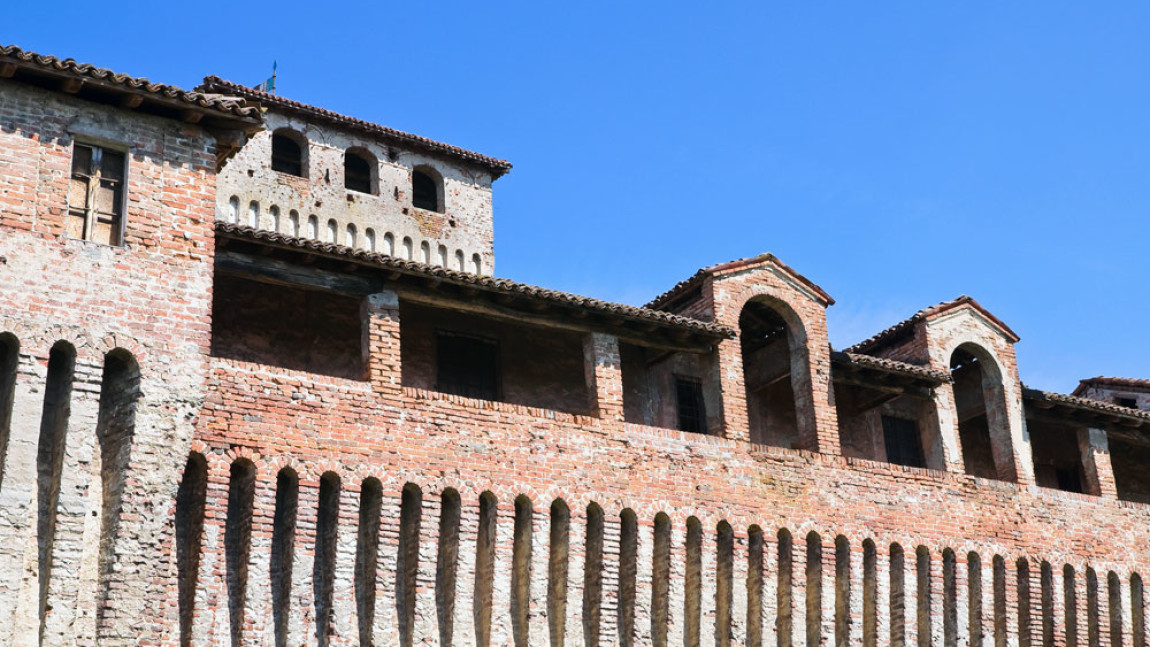 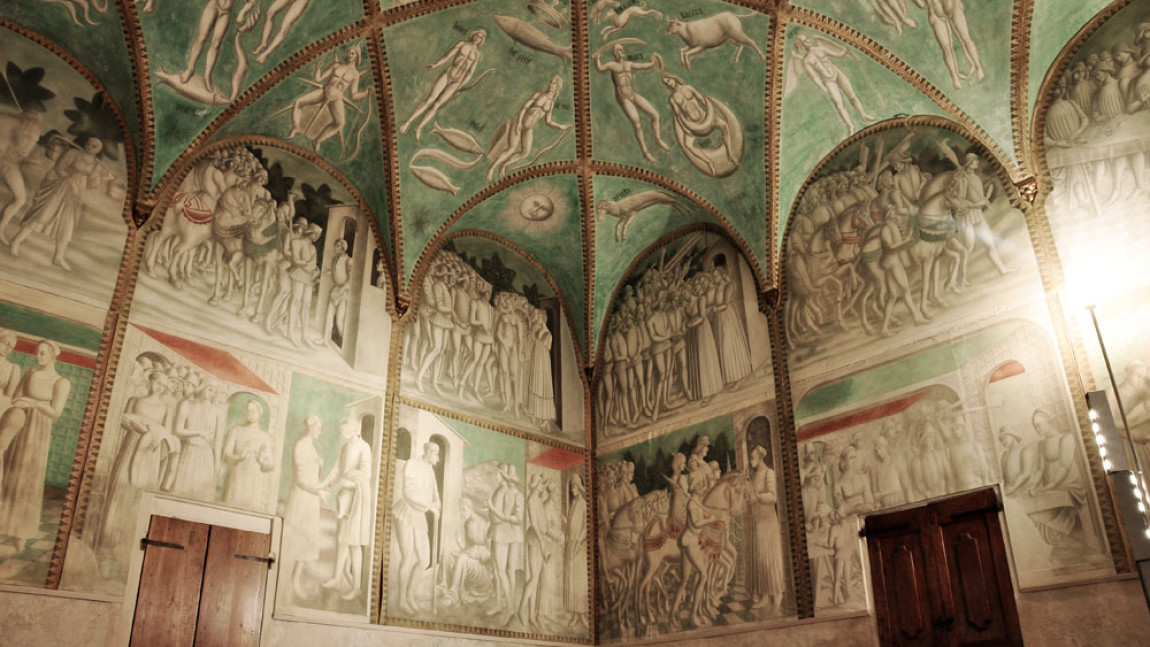 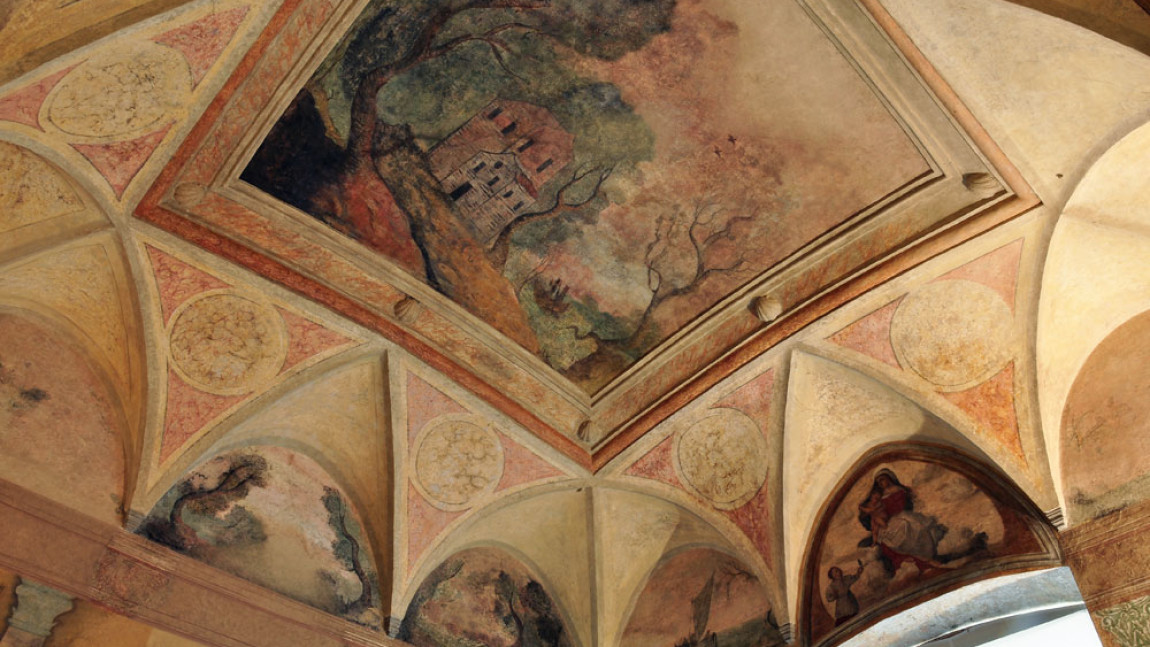 The austere mass of the castle with its mighty curtain walls punctuated by long corbels welcomes the visitor of the small town of Roccabianca.
The inner courtyard is dominated by the donjon, which was certainly built before 1450, when the castle was completely rebuilt at the behest of Pier Maria Rossi, a friend of the Visconti and Sforza families and their ally in many feats of arms.
According to tradition, the reconstruction of the Castle of Roccabianca would have been determined by strategic needs of defense but also by Pier Maria Rossi ‘s personal affairs. The feudal Lord probably wanted to pay homage to his lady, Bianca Pellegrini from Como, who was the protagonist of one of the most beautiful and famous love stories of the Fifteenth Century.
In an effort to assert his equality with the Milanese dukes, Pier Maria Rossi wanted the same novel by Boccaccio, described years earlier on the walls of the Visconti castle of Pavia, to be painted on the walls of the castle of Roccabianca: the Griselda novel, taken from Decameron by Boccaccio, a shining example of marital dedication and obedience to feudal absolutism.
It is possible to visit the porch of honour with painted coats of arms (XV Century), the Griselda Room with series of paintings inspired by the one hundredth story of the Decameron by Boccaccio (copies from the Fifteenth Century), the Room of the fiefs, the Landscape Room, the Room of the Four Elements with paintings and furnishings dating from the Sixteenth to the Eighteenth Centuries, the winery and the tower of the donjon, the Room of the tubs, the Rangoni Room with stucco and paintings, the underground cellars (used for the production of balsamic vinegar, refined in oak barrels) and the Distillery Museum.

Book a tour
Tags:     THE CASTLE OF ROCCABIANCA Category:     Castles of the Duchy

Tags: THE CASTLE OF ROCCABIANCA